In the past, Ajay Devgn has kept the audiences updated about his forthcoming film Bholaa. The recently released teaser of the action entertainer has got many curious as they can’t wait to see their favourite star playing a unique, action-packed role. While the actor is also riding high on the success of Drishyam 2, recently, he decided to give his fans another sneak peek into the behind-the-scenes (BTS) of his next directorial. 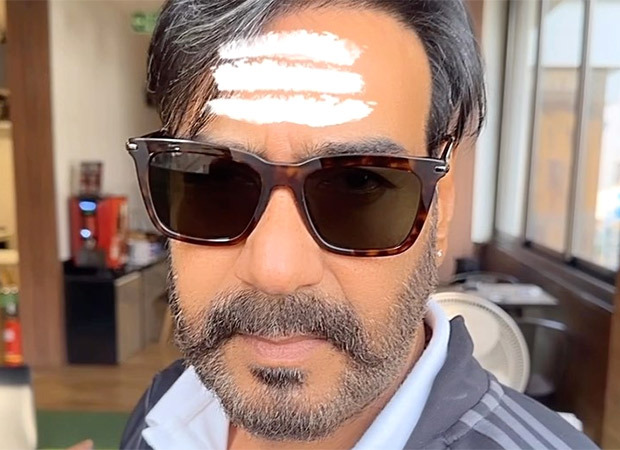 Ajay Devgn shares a BTS video of him shooting for Bholaa; says, “It’s good when a mob chases you”

Ajay Devgn took to his social media handle to share a BTS video of him riding a bike amidst a massive crowd on Instagram. While the actor is surrounded by security as he shoots for a scene, he is not only chased by a camera but also by the onlookers on the streets who are trying to take a video and catch a glimpse of their favourite star. Along with a message about staying and driving safe in the caption, Ajay wrote on the post, “It’s good when a mob chases you for the right reasons. Grateful for their <3 (love) PS - Always wear a helmet while riding. My head is bare because I was a part of the shoot. #SetsOfBholaa”

While his post received a lot of likes and comments from fans who showered their love on their favourite star, fans were also thrilled to see the kind of response he received while shooting for the film. Talking about his stardom, one of his fans commented, “Aapke chahne wale bahut hai.. yeh halla jo ho raha hai yeh halla nahi aapke prati prem hai aapke chahne walon ka (There are a lot of people who love you… the chaos that’s happening is not chaos but the love that people have for you in their hearts).

Coming to the film Bholaa, it is a remake of the popular 2019 Lokesh Kanagaraj film Kaithi which featured Ponniyin Selvan star Karthi in the lead. The Hindi version also features Tabu in a pivotal role. Directed by Ajay Devgn himself, the film is slated to release on March 30, 2023.

Also Read: Ajay Devgn showcases his intense side in the teaser of Bholaa 3D