We earlier told you that Aamir Khan and Kareena Kapoor Khan were in Chandigarh, shooting for Laal Singh Chaddha. Kareena, after finishing her portion, was back earlier and was also seen in the city. Aamir, along with the crew, has now wrapped the schedule. 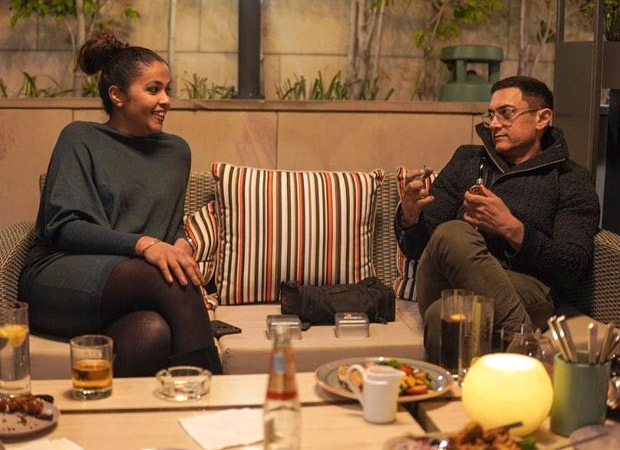 Makeup artist Tarannum Khan took to Instagram to share a bunch of photos of the team, spending some good time at a hotel in Chandigarh. We can also see that there's food and drinks abundance as people talk and bond among themselves. In one of them, Aamir is seen engrossed in a conversation with Tarannum. Check out the photos below.

Schedule wrap party is a must #laalsinghchaddha

We were also among the first ones to tell you that south superstar Vijay Sethupathi, who is joining Laal Singh Chaddha to play a pivotal character, is going through some serious transformation, and will be losing 25 kg for the same! Aamir, who himself is known to transform himself to a great deal for his films, was also required to lose around 20 kg and had opted for a strict diet for the same.

The film releases on Christmas this year.