The decade is about to end and box office-wise, a lot new benchmarks were created by various films that released in India. The Southern films made a mark in a big way, especially the 2017 flick Baahubali 2: The Conclusion. It’s Hindi version collected a mind-boggling Rs. 510.99 crore, surprising trade and industry. No Hindi film has even crossed the Rs. 400 crore mark and here was a Telugu film that did the unthinkable. Even in overseas and in other versions, it did extremely well and the total collections stand at more than Rs. 1000 crore! 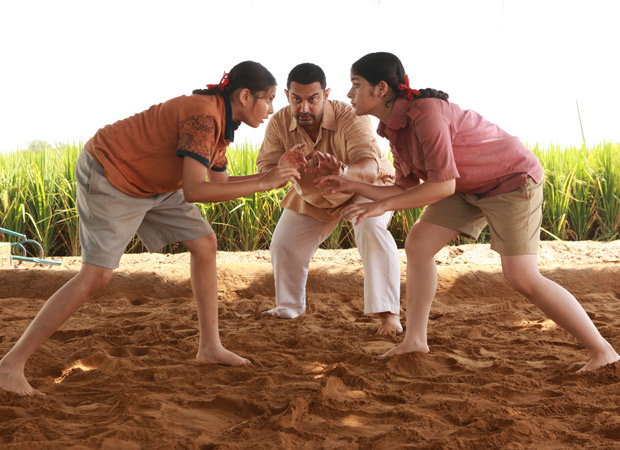 However, there’s one film that has gone beyond this monstrous blockbuster. And that movie is none other than the 2016 sports drama Dangal, starring Aamir Khan in a leading role. It was the Christmas release that year and had quite a few challenges. It was not the typical Bollywood entertainer – it had Aamir playing an overweight, senior citizen for most part of the movie. There was no romantic angle. Songs are beautiful but weren’t chartbusters. But the presence of Aamir was more than enough for viewers. Over the years, he has done some of the finest films and that paid dividends when it came to Dangal.

The film opened at a huge Rs. 29.78 crore. And once the word of mouth poured in, there was no looking back. On its third day, also the Christmas day of December 25, the collections went to Rs. 42.41 crore. And it was a rare film of the decade to have collected more than Rs. 30 crore on its second Sunday (Rs. 32.04 crore). The only other film that has achieved this feat was Baahubali 2: The Conclusion, which earned Rs. 34.50 crore on Day 10. Dangal thus emerged as the biggest blockbuster of Bollywood, earning Rs. 387.38 crore in India.

In Overseas too, it did excellent business. The collections were an incredible Rs. 328.62 crore. In Taiwan, it earned Rs. 36.12 crore while in Hong Kong, it collected a huge Rs. 22.30 crore approx. And that’s not all. Dangal saw a release in China in May 2017. And here, the film saw historic collections. Aamir Khan was already a rage in this neighbouring country thanks to the popularity of his previous films like 3 Idiots, Dhoom 3 and PK. But in case of Dangal, audiences came out like never before for an Indian film. From its second week in China, Dangal began to beat heavily marketed and big budget Hollywood films like Guardians of the Galaxy Vol 2, King Arthur: Legend Of The Sword, Pirates Of The Caribbean: Dead Men Tell No Tales, Wonder Woman and Alien: Covenant. It ranked number one for 16 consecutive days and in the top three for 34 straight days. At the end of its run in China, the collections stood at, believe it or not, Rs. 1227 crore! It’s difficult to say if any Indian film film in the near future would be able to break this record.

As a result, the total collections of Dangal in India and worldwide are almost Rs. 2000 crore! These are insane collections, even for Hollywood films. If a list of highest grossing sports films of all time is drawn, Dangal will rank on number 13 position, out-grossing films like Rocky series, Ford v Ferrari, Million Dollary Baby etc!

Dangal changed the life of all parties involved. Fatima Sana Shaikh and Sanya Malhotra, the lead actresses of Dangal, became quite known and signed some interesting films later on. Director Nitesh Tiwari became a force to reckon with. As for Aamir Khan, he has the last and the maximum laugh. According to reports, he earned a whopping Rs. 175 crore from the film. This is a huge pay package and not quite less than what few of the biggest Hollywood stars earn. In fact, Dwayne Johnson earned less in Fast & Furious Presents: Hobbs And Shaw (around Rs 142 crore), if reports are to be believed!

As the new decade begins tomorrow, here’s hoping our Indian films continue to make giant strides not just in our country but also in overseas markets. We surely have the ability and we definitely deserve it!