Last Updated 30.05.2020 | 1:18 AM IST
feedback language
follow us on
Home » News » Bollywood Features News » Bollywood News Aamir Khan recalls the time when Shah Rukh Khan bought him a laptop and it is hilarious!

There have been rumours of rifts between the Khans of Bollywood. However, the actors always give a reason to not believe these rumours. At one such press conference, Aamir Khan proved that there is no cold war between him and the other Khans of the industry.  Even though Shah Rukh Khan and Aamir Khan have never shared screen space, they have always been good friends who got along well with each other. 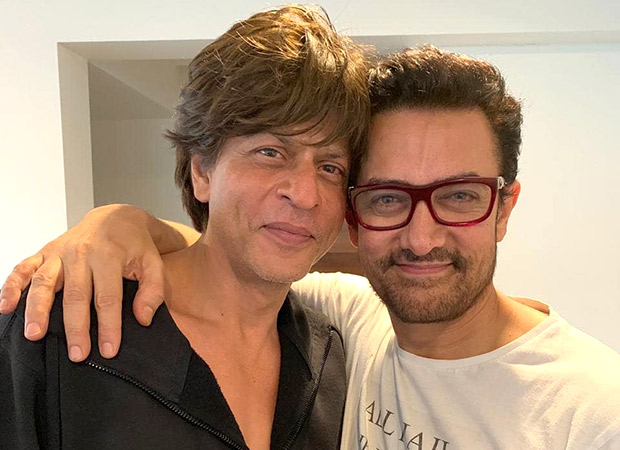 In a press conference, Aamir Khan confessed his love-hate relationship with technology and funnily recalled an incident with Shah Rukh Khan from the year 1996. He said, “Technology and me are so far remote. I will tell you one joke. Shah Rukh Khan and I were doing a show together in the USA and UK in the year 1996 and Shah Rukh is very much into technology. Even at that time, he was up-to-date and all that. Woh time par ek naya computer aaya tha Toshiba and he told me ki mein le raha hu and it’s a latest computer.. He said I think you should also take this computer and I had never used a computer in my life toh I said mujhe kya zaroorat hai computer ki toh he said nahi, tu samaj nahi raha hai, ismein tu office daal, yeh daal woh daal…mereko buhut samjhaya usne, toh I said jo tu lega apne liye, wahi tu mere liye lele,” adding, “Whatever you are buying, you will buy the best, buy it for me. So, poor chap, he went and bought two computers, laptop, laptop naya naya aaya tha woh time par. He got his laptop, he got my laptop and I came back to India. (sic)”

Aamir went on to elaborate that the laptop was kept as it is for 5 years and then when one fine day his assistant asked if he could use it, Aamir readily agreed to let him. The funny part was that the laptop did not even turn on and it still left Aamir in splits after all these years! Honestly, the Khans’ bond in the 90s was beyond precious!