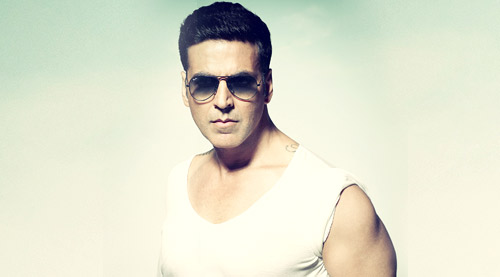 "Aamir is right, we don't have unity," said Akshay Kumar in a Bollywood Hungama exclusive video interview with Faridoon Shahryar. Kumar also speaks about how Bollywood continues to be vulnerable against people with vested interests out to get their 15 minutes of fame.


PK has received a huge backlash because religion was involved. Baby has some references to Kashmir and the way the promo starts can be deemed controversial by some. Do you anticipate any resistance from some quarters?

No not for this film. Nobody is going to say, you can't make a film against terrorism. Religion is a different thing.Everybody wants to stop terrorism.


Many a times there is no need for a controversy but there are people out to get their 15 minutes of fame. Courts rejected opposition for PK. You faced something similar with OMG too.

I completely agree with you, there are a lot of controversies for no rhyme or reason. Someone had done a case on Dara Singh ji by stating that each time I pray to Hanuman ji, Dara Singh ji's image comes in my mind since he played Hanuman in Ramayan.

Bollywood is vulnerable. When a film has been passed by Censor Board no one can be asking for banning it.

India is going with it. Now a day's even the Courts and the Government abides by it. When a film has been passed by the Censor Board, it's over. There should be no one going against it.

Aamir Khan recently said that the unity in the South Industry is much more than what it's there in Bollywood.

Aamir is right, we don't have unity.

Do, you feel something should be done? It harms everyone at some point of time or the other.

I love the fact that professionals in South industry are all together. They make sure that no Producer suffers a loss. When a film is complete, they all get together. Producers are so united.