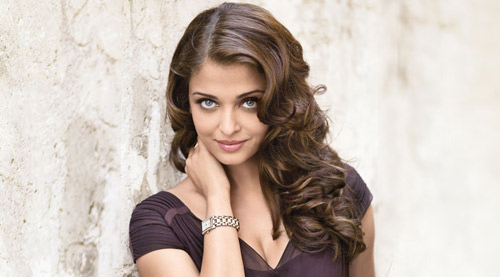 So Aishwarya Rai Bachchan will make a comeback with Jazbaa directed by Sanjay Gupta, followed by Ae Dil Hai Mushkil directed by Karan Johar. The last films we remember watching her in were Action Replayy, Guzaarish and Robot, all in 2010.

Five years and (from her point of view) valid reasons to stay away, beginning with Aaradhyaa, her daughter. So would we call this a genuine comeback? Or a leave of work - a brief and deliberate hiatus?

In 2014, we also had Madhuri Dixit in the twin flops, Dedh Ishqiya and Gulaab Gang, Rekha in the disastrous Super Nani (after Sadiyaan in 2010) and Govinda with his sterling performances in Kill Dil and Happy Ending (after some delayed releases that released by 2013). Maybe, we could just add Preity Zinta in that cameo in the latter film.

In Hindi film parlance, dictionary meanings have little relevance. Comebacks, says trade analyst Vinod Mirani, are a loose way of interpreting a long and probably atypical gap between two films of any artiste.

A comeback, according to him, should ideally define the reappearing of an artiste in a different form. Amitabh Bachchan in Mohabbatein, and the second innings of Rishi Kapoor and Mithun Chakraborty are what he would call comebacks. "They came back as character artistes," he explains. "Of course, Bachchan had films in which he was solo hero, but very few like Cheeni Kum worked. In the case of Rishi Kapoor, his only solo film Do Dooni Chaar was acclaimed but flopped miserably."

The first and most successful artiste in this category in the last four decades was, however, Dilip Kumar, who experimented first with a father's role in Bairaag (1976) while he also "was his twin sons" (a triple role), moving on to Kranti (1981), which along with Shakti and Vidhaata the following year consolidated him as a 'senior' protagonist, who later had triumphs like Karma and Saudagar.

Shammi Kapoor shifted due to health reasons to character roles (he had become obese thanks to steroids and forced inactivity after knee ailments caused by frenetic on-screen jumps and dances!) with his debut directorial Manoranjan (1974). He had a gradual growth as a character actor in his second innings with Parvarish, Vidhaata, Prem Rog, Betaab, Hero, Hukumat and more all the way till the early millennium.

Oddly enough, his last and delayed film as a hero, Chhote Sarkar (that too in a dual role) released in the same year as Manoranjan! His elder brother Raj Kapoor and his friend Rajendra Kumar were not so lucky - besides erratic successes in not very good roles, they lacked Shamni Kapoor's range from comic to villainous with everything in between! And Shammi Kapoor ended up doing more films as a character artiste than as a hero!

After the spotlight dims

Speaking of seniors, Dharmendra, after losing ground in the early '90s, did multiple inconsequential films like Zulm-O-Situm and Jeeo Shaan Se, including a solo lead in the B-grader Munnibai. But his sons Sunny and Bobby Deol designed a comeback worthy of his stature and caliber with the splendid performance he gave in Apne (2007). Garam-Dharam then went bolder and did Yamla Pagla Deewana, but has stuck to home productions, and after Yamlaâ€¦'s sequel bombed, has stayed off movies.

Many of these artistes came back only for just one film: Saira Banu (Duniya /1984), Leena Chandavarkar (Sarfarosh/1985) and Mumtaz (Aandhiyaan / 1990), Jeetendra (Kucch To Hai / 2003) and even Biswajeet (Aa Dekhen Zara in 2009), all for specific reasons like maybe a relationship with someone in the film's team.

And with unanimous praise coming in for Govinda, could we call his 2014 films a comeback too? Well, according to the actor, it was with these two films, one of which had him as the complete villain, that he has switched gears to roles that will keep him going, both talent- and market-wise, with good films, which were not coming in for a while. "I also did that small role in Holiday, because it is very important for people to know that I am in circulation, and after watching its original I knew it would be a hit!"

Conclusion: Comebacks of any kind are only possible after a hit!

Post-marriage appearances include that of Raakhee, Jaya Bachchan, Dimple Kapadia, Sridevi and Madhuri Dixit-Nene. But their reasons were varied: if Rani Mukerji (Mardaani) did a home production rather than an outside film (in any case the gap since Talaash was only around 18 months) and now might work in its sequel, Sridevi took all of 15 years (after Judaai) to do a film with a solid role worthy of her skills and stature in English Vinglish (2012).

Madhuri Dixit-Nene came back eight years after marriage to choose Aaja Nachle (2007), which bombed. Technically, her last pre-marriage film was Devdas (2002). Straying from her great box-office record by deciding to do offbeat subjects with "potential", she has now starred in two more flops, Dedh Ishqiya and Gulaab Gang this year, essaying rather routine performances.

Jaya Bachchan took a while to return after her one-off 'comeback' in the 1981 Silsila - but between 1998's Hazaar Chaurasi Ki Maa and her last appearance in a Hindi film in Drona (2008) she had films like Kabhi Khushi Kabhie Ghamâ€¦ and Kal Ho Naa Ho to talk about. After that she has done a film each in Bengali and Bhojpuri and a film in Bangladesh. Jaya decided to face the arc-lights again only after her children were grown up.

Rati Agnihotri too followed her path, making her first appearance in Yaadein and Kuch Khatti Kuch Meethi (2001), a decade after her last release, Jaan-E-Wafaa in 1990. In a sporadically memorable second innings of many movies, besides these two films, she made her presence felt in other flops like Chupke Seâ€¦ and Dev besides in the hit Hum Tum.

A unique case was that of Dimple Kapadia, who even before Bobby became a craze, had a chatt mangni patt shaadi with Rajesh Khanna and quit films. Dimple returned to the screen by signing Saagar (even doing a topless scene in it later) just seven years later, having faced a bad marriage. Needless to say, this sensational actress was lapped up by producers, and though Zakhmee Sher (1984) became her first release, she went on to stay the course as a heroine alone till the mid-'90s, besides chalking up award-winning and other powerful turns in films like Aitbaar, Saagar itself, Kaash, Dristhi, Lekin, Rudaali and Krantiveer.

Phase Three blended smoothly in as Dimple chose to turn into a super character artiste with Dil Chahta Hai, Leela, Being Cyrus, Cocktail and more right to last year's Finding Fanny. Here, one could say, was a true-blue comeback - on par with Dilip Kumar, Shammi Kapoor, Amitabh Bachchan and now Rishi Kapoor, her first hero!

Raakhee, also coming out of an unhappy marriage, returned with Kabhi Kabhie (1976) while still a heroine, and had a spectacular innings till the mid-'80s. Seamlessly, she too began her innings as a screen mother with films like Saaheb and Ram Lakhan, having another spectacular run as character artiste (Baazigar, Karan-Arjun, Khal-Nayak and more) right till the early millennium!