Every year, there are films that emerge as surprise super hits at the box office, catching everyone unawares with their supreme box office performance. These films are expected to do well but they go beyond expectations For instance, this year, no one expected Sonu Ke Titu Ki Sweety, Raazi and Stree to cross the Rs. 100 crore mark and become such super hits. Similarly, Ajab Prem Ki Ghazab Kahani was one such flick of 2009. Surely, there was hype surrounding to the film due to the fun trailer, the new exciting jodi of Ranbir Kapoor and Katrina Kaif and music. But its box office performance shocked one and all. It went on to do Rs. 64.60 crore at the box office, emerging as the third biggest grosser of 2009! That’s a feat for a film starring an actor who was just three-four films old. 2009 was the year when recession and two month long multiplex strike had hit the business badly. Some of the biggest films like Blue, Kambakkht Ishq, Chandni Chowk To China etc had failed. Ajab Prem Ki Ghazab Kahani however managed to earn more than these films and also that of London Dreams, All The Best etc and all of these had bigger star casts. It also did a few crores more than Salman Khan’s hit, Wanted! 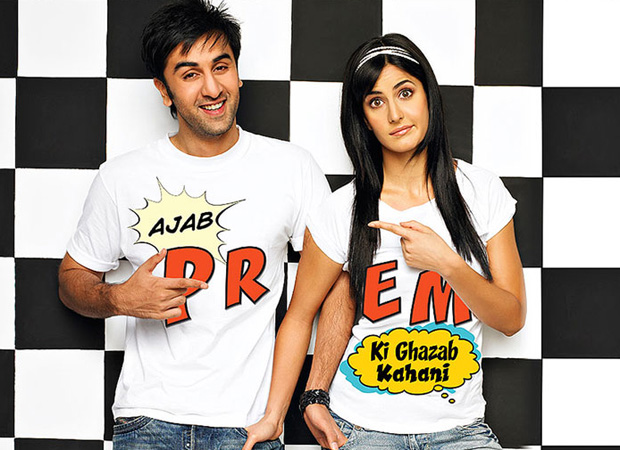 As Ajab Prem Ki Ghazab Kahani turns 9 today, it’s time to revisit what Ranbir Kapoor felt prior to the release of the film. In an interview to Mid-Day editor Mayank Shekhar post the release of his blockbuster Sanju in July this year, Ranbir admitted that he was not at all confident about the product! Just a month before Ajab Prem Ki Ghazab Kahani, Ranbir had acted in Ayan Mukerji’s urban slice of life film, Wake Up Sid. The film got Ranbir loads of critical acclaim and the film was praised for its storytelling and relatable content. In Ranbir’s words, “I thought Wake Up Sid was my Titanic.”

Ajab Prem Ki Ghazab Kahani, on the other hand, was made by Rajkumar Santoshi, who was from an older generation, unlike Ayan. Perhaps thinking that times are changing and there’s no place for slapstick comedies, Ranbir Kapoor had feared that Ajab Prem Ki Ghazab Kahani would bomb and that his career would be over! His co-star Katrina Kaif however was sure the film would work. She called Ranbir ‘stupid’ for thinking otherwise and told him to stand by the film.

Needless to say, the super-success of Ajab Prem Ki Ghazab Kahani was a pleasant surprise for Ranbir. It also gave him the realization that the film industry doesn’t have a fixed formula. Also and by his own admission, as a Bandra boy who has gone abroad to study, he has a lot to learn about Indian Cinema and what works and what doesn’t.

2009 was a decisive year for Ranbir Kapoor. With Wake Up Sid and also Rocket Singh – Salesman Of The Year, he became a darling of the critics and with Ajab Prem Ki Ghazab Kahani, he made a place in the hearts of the masses and proved that he’s here to stay. The next three years were even better as he delivered successes like Raajneeti and Barfi. But Ajab Prem Ki Ghazab Kahani was his first step towards becoming the superstar!

Also Read : ALL IS WELL between Ranbir Kapoor’s ex Katrina Kaif and Alia Bhatt and this picture is proof