Ever since Ranbir Kapoor and Alia Bhatt started filming Ayan Mukerji’s Brahmastra the rumours about their alleged relationship have been the talk of the town. The duo arrived together at the grand wedding reception of Sonam Kapoor and Anand Ahuja in May this year which just added more fuel to the rumours. After RK almost admitted to being in a relationship in a magazine interview, Alia has become more open about her beau, well sort of, on her social media. Their online PDA game is strong as RK keeps clicking some amazing picture of Alia. But, there were rumours that the rapport between Alia and Katrina were not the same anymore since she began dating RK. 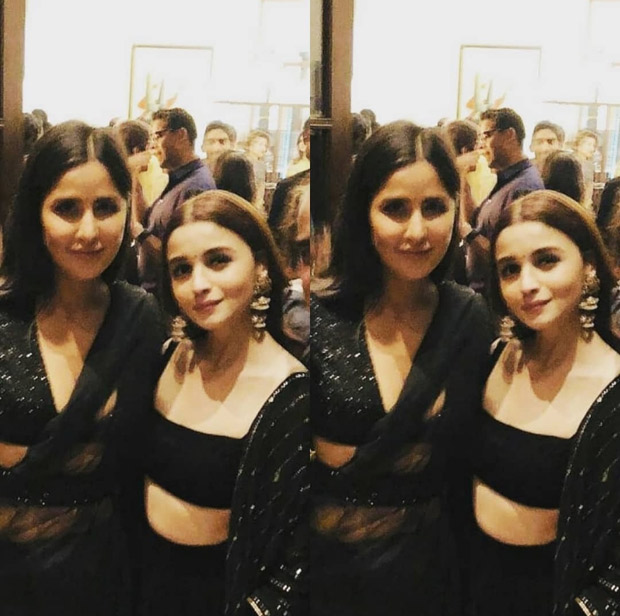 Alia Bhatt has been known to share an amazing friendship with Katrina Kaif. They even came as BFFs on Neha Dhupia's show BFFs with Vogue season 2. But, around the time when Alia began shooting Brahmastra and started dating Ranbir, rumours were rife that their friendship wasn't the same anymore. But, Alia Bhatt revealed on Koffee With Karan 6 that there wasn't any such awkwardness between the two actresses. And yes! Now, there's a picture to prove as well.

Shah Rukh Khan threw a lavish party on the occasion of Diwali and many A-listers were in attendance. Two of them, Alia Bhatt and Katrina Kaif, were under one roof after a really long time. They even clicked a picture together on the same night putting rumours down to rest about their fallout. So, it seems like all is well between the two leading ladies.

It is known that Ranbir and Katrina Kaif were together for almost six years. They apparently began dating around Ajab Prem Ki Ghazab Kahaani in 2009 and broke up around 2015-2016.