Taimur Ali Khan may have become a darling of the media and he also seems to have found fondness amongst his age group too. Well, the young star kid has found his besties in Yash Johar and Roohi Johar. And not surprisingly, the parents of the kids, who are quite thick as best friends, that is, Kareena Kapoor Khan and Karan Johar too seem to be thrilled about the growing camaraderie between their kids. No wonder we spotted Taimur in yet another playdate with KJo’s twins. 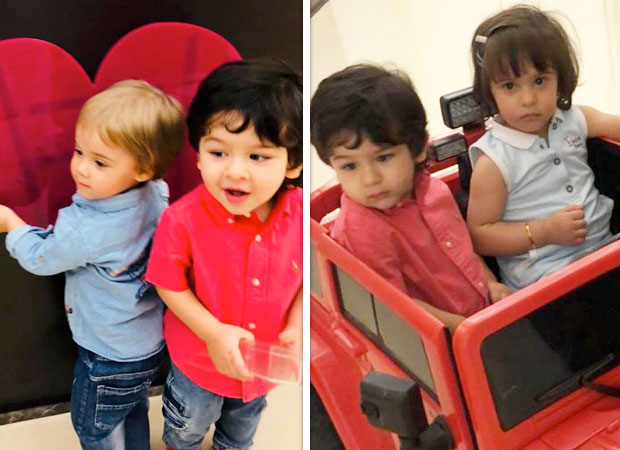 Recently, Karan Johar took to social media to share pictures of the fun play date. The filmmaker decided to post some of the moments on Instagram and trust me it is all fun and ‘heart’, like Karan describes. Karan shared a picture of Taimur Ali Khan and Yash Johar with the latter holding a heart and another one of the two kids enjoying a joy ride in a little car. The latter was an Instagram story shared by the director-producer.

Wow!! The pics definitely are a proof that kids had a ball of a time spending time each other. Interestingly, on the work front, the besties Karan Johar and Kareena Kapoor Khan will be spending ample amount of time together, courtesy, two of their films – Good News and Takht. While Good News that will also feature Akshay Kumar, Diljit Dosanjh and Kiara Advani will be produced by Karan, Takht, set against the Mughal era, will be directed by him. It will star Ranveer Singh, Alia Bhatt, Vicky Kaushal, Bhumi Pednekar, Janhvi Kapoor and Anil Kapoor in prominent roles. 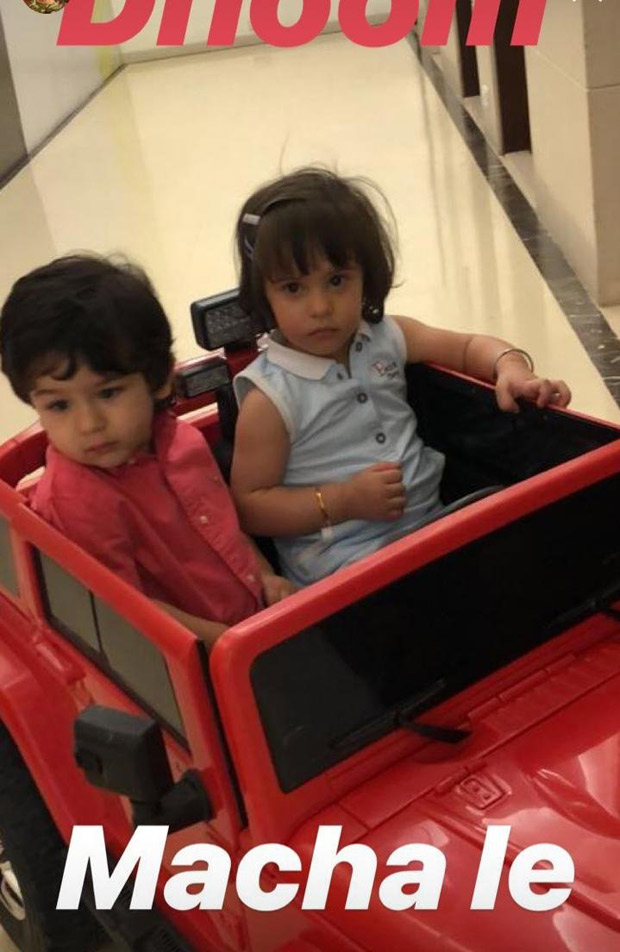