Bobby Deol ringed in his 50th birthday this past weekend and celebrated it with his family and friends. Sunny Deol was in attendance to celebrate his brother's birthday. Along with him, Ajay Devgn, Vatsal Sheth among others attended the bash. But, there's one person who has caught everyone's attention, Bobby Deol's son Aryaman. 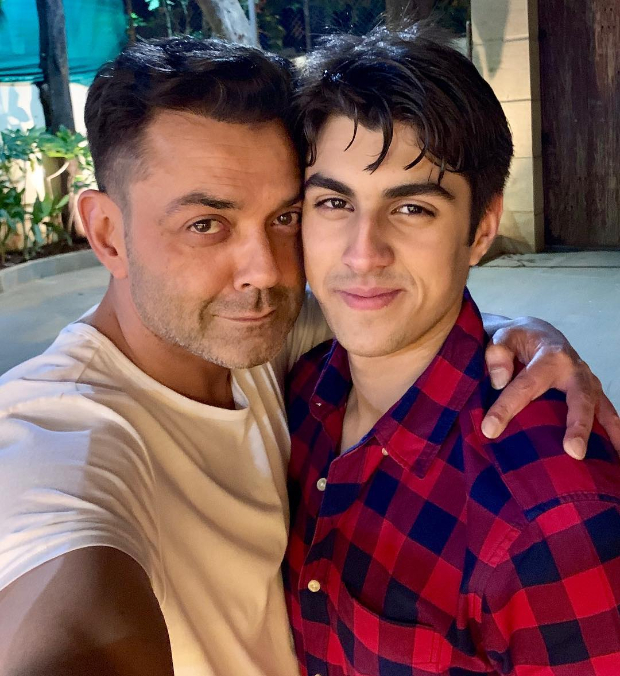 Race 3 saw Bobby Deol transform into a fit man after a sabbatical of four years from the films. Earlier last year during IIFA 2018, Bobby Deol returned to the stage after several years. During the weekend, someone caught the paparazzi's attention and it was his handsome teenage son Aryaman. Though the young lad was camera shy, he indeed posed with his dad at the airport. Cut to 2019, Sunny Deol too shared a very rare picture of Bobby Deol and his son Aryaman on Bobby's 50th birthday. And since then, the internet is crushing on the young boy.

On Monday, Bobby Deol thanked everyone for the lovely wishes and also revealed that it has a great experience to become a friend to his son. Sharing an adorable photo with his son, he wrote, "If that’s how it feels!! Being 49 was amazing .. 50 is going to be even better ... I reminiscence the life experiences I have been through and how they have made me grow as an individual. I take the same opportunity to remember the amount of love that all of you dear to me have given me. It is this love that is my strength which keeps me going."

He further added, "My son is symbolic to this change. Finding a friend in his young father. I hope to continue living my life happily with all of you loved ones. I have turned 50 but I’m still always going to be the twenty something young adult all set to win the world.- Love Love Love to all."

On the work front, Bobby Deol will be next seen in Housefull 4 with an ensemble cast including Akshay Kumar, Riteish Deshmukh, Kriti Sanon, Pooja Hegde, Kriti Kharbanda. The film is set for Diwali 2019 release.