Being Kishore Kumar’s son wasn’t easy for Amit Kumar. The comparisons never stopped. And to be fair, Junior was no patch on Senior. He survived the comparisons only because another victim of paternal supremacy Rahul Dev Burman supported Amit and gave him a slew of chartbusters to sing. Amit Kumar once told me, “I was R D Burman’s blue-eyed boy. He used to visit home till his death and cook for us. He was fantastic cook. We’d compose music together. He had three friends in the film industry me, Shakti Samanta and Ramesh Behl. We were with him till the end….My father (Kishore Kumar) was very close to Pancham (R D Burman). Because of their closeness I became friends with Pancham. I think I sang the maximum songs for Pancham after Asha Bhosle, Lata Mangeshkar and my father. I think Ashaji sang around 800 songs. My father sang 500-600. I sang about a 150 songs for Pancham. That’s more than Mohd Rafi Saab. We were associated for 20 years till his death. We loved each other unconditionally. The Burman family was like family to me. Sachin Dev Burman mentored my father and Pancham mentored me.” 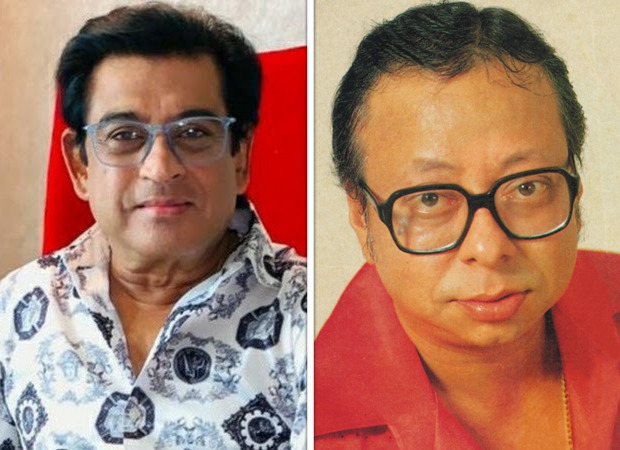 A look at the finest Amit-Burman collaborations.

1. ‘Bade Achche Lagte Hain’ (Balika Badhu): For this love story of two adolescents discovering love after marriage director Shakti Samanta and composer Rahul Dev Burman needed a fresh voice. R D Burman had heard Amit singing when Amit accompanied his father to a recording with Manna Dey for a film called Khalifa. Amit Kumar told me what happened next. “I sat listening to my father and Mannada rehearse. Suddenly Pancham turned to me and said, ‘I heard that you sing very well. Sing for me.’ I was nervous. But I sang my father’s song in Jhumroo as the stalwarts in the orchestra accompanied me. While returning home after the recording my father said, ‘You lost a golden chance. Your singing was bakwas’. I was hurt. I told my father, ‘I was nervous. To hell with singing. I’m going back to Kolkata.’ But in the evening Pancham called and told my father to send me for a recording the next morning. My father said, ‘What will he do in a recording?’ Pancham said I had to sing a song for a film to be directed by Shakti Samanta and he needed a raw voice. My father said, ‘Main kis khet ka mooli hoon? Why do you need my son when you have me?’ Pancham explained he needed a young voice to sound like a 17-year old. All this was banter. My father was actually very happy for me. I sang the song ‘Bade Achche Lagte Hain’. I never knew it would become so popular. In fact it didn’t become an overnight rage like ‘Chikni Chameli’. It took three years to become popular. Today it’s a household number. ‘Bade Achche Lagte Hain’ gave me an identity beyond being Kishore Kumar’s son. And I give full credit to Pancham. He forbade me from copying my father. He said no one could sing like him. He said, ‘Sing in your own voice.’ I did.

2. ‘Yaad Aa Rahi Hai’ (Love Story): Every song in Kumar Gaurav’s debut film was a smash hit, none more so than Yaad aa rahi which put Amit Kumar at the forefront of the playback singers. And to think RD hated the song! Amit Kumar told me, “I will tell you a shocking fact. R D Burman HATED the music of Love Story. He never liked ‘Yaad Aa Rahi Hai’ which became my biggest hit. I remember while recording the number Pancham called me aside and said, ‘Yeh gaana Yaad aa rahi hai bahut bakwaas hai. It sounds like a Bhajan instead of love song’. The song was a superhit. I rang up Pancham, ‘Ab bolo, kya bolte ho.’ Pancham was quiet. At that time he was going through a lean phase. Love Story brought him back in the reckoning….songs of Love Story made me very popular. Rajendra Kumar who launched his son Kumar Gaurav knew my father from the time Rajendra Kumar assisted H S Rawail in Sharaarat. My father sang in that film. Rajendra Kumar wanted Kishore Kumar’s son to sing for his son in Love Story.”

3. ‘Kya Hua Ek Baat Par Barson Ka Yarana Gaya’ (Teri Kasam): After Love Story everyone hoped that this follow-up film with the same RD-Amit-Gaurav team would be a superhit. Alas, Teri Kasam flopped, although it had far superior music to Love Story. Amit sang all the 6 tracks for Gaurav. My pick of the lot is this soulful ghazal with lucid lyrics by Anand Bakshi. Amit Kumar rued the downfall of this collaboration. “After Love Story everyone hoped Kumar Gaurav and I would become a team like Rajesh Khanna and my father. But that wasn’t meant to be. Pancham and I came together to compose music for other Kumar Gaurav starrers like Teri Kasam, Lovers and Romance which were flops.”

4. ‘Roz Roz Aankhon Taley Bass Yehi Sapna Jale’ (Jeeva): This Sanjay Dutt flop is today remembered for this shimmering Amit-Asha Bhosle duet written by the inimitable Gulzar. Amit Kumar said, “Pancham was something else. He was definitely ahead of his times. My song ‘Roz Roz Aankhon Taley’ with Asha Bhosle which is so popular today was a flop when it was composed in 1987.It has gained popularity in the last five years. Destiny, I guess.”

5. Rama O Rama (title song): Powerhouse singing in a film that no one remembers. I think this is Amit Kumar’s best rendered song of his Bollywood career. Amit Kumar said, “I remember the title song in the film Rama O Rama was my first recording after my father expired. My father died on October 13, 1987 and on 1 January, 1988 I recorded the song in Rama O Rama.”