Actor-director duo Akshay Kumar and Priyadarshan have collaborated in the past for several hit films like Hera Pheri, Bhool Bhulaiyaa, Bhagam Bhaag, De Dana Dan, Khatta Meetha, among others. After a long time, the two once again seemed to have collaborated on a project. 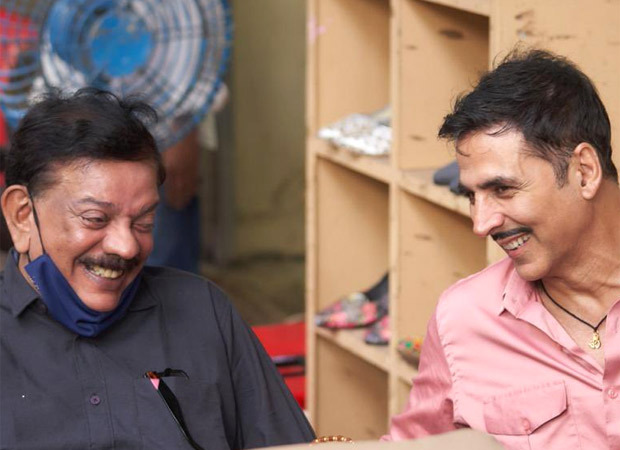 On Saturday morning, Akshay Kumar took to his social media handle to share a BTS picture with Priyadarshan. In the picture, Akshay can be seen in a pink silk shirt and sporting a thin mustache. The two were caught in a candid chat.

"When a guy with as brilliant a sense of humour as @priyadarshandir comes calling, a hard-work day becomes a laugh-hard day! #HappinessBTS," Akshay captioned the post without divulging the details of what they are working on.

When a guy with as brilliant a sense of humour as @priyadarshandir comes calling, a hard-work day becomes a laugh-hard day! #HappinessBTS pic.twitter.com/lx5TM0RHjo

Soon after Akshay dropped the picture, fans started demanding an update on Hera Pheri 3 from the duo. While Priyadarshan was one of the directors of Hera Pheri, the sequel to the film was directed by Neeraj Vora.

After Akshay, Priyadarshan also took to his Twitter handle to share the same picture and revealed that they are discussing their next Hindi film.

After a long break, we are having quality time discussing about next Hindi movie and im enjoying these discussions with @akshaykumar pic.twitter.com/2JRpfltUhh

Meanwhile, Priyadarshan is currently gearing up for the release of Hungama 2. The film will be released on July 23 on Disney+Hotstar and stars Shilpa Shetty, Paresh Rawal, Meezaan Jafri, and Pranitha Subhash. Down south, Priyadarshan's National Award-winning film Marakkar Arabikadalinte Simham will be released in theatres on August 12.