The Rs. 100 crore club (it began with Ghajini in Christmas 2008), which has crossed 65 films and is set to touch 70 films within a decade (hopefully, of course) has some quirks in its collection. 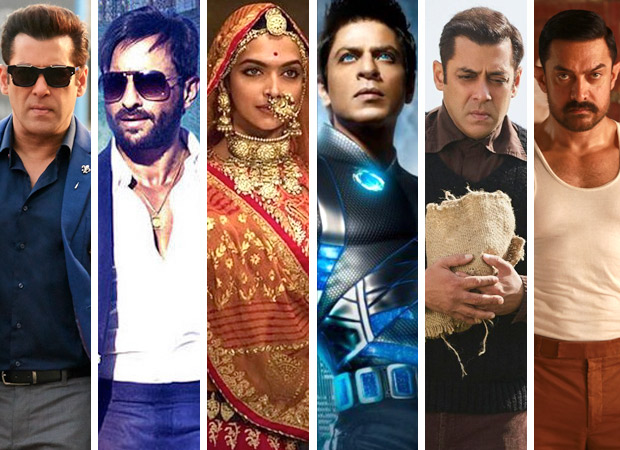 1. One such funny element is that the recent Race 3 is a film that, as per trade experts, cannot be categorized as either a hit or a flop. The producers (Salman Khan Films and Tips) are in huge profit overall, but distributors have lost fairly big money. So should it be called Loser, Break-even or Average? This conundrum seems to have little by way of a solution.

2. The narrowest miss in this list, ironically, is the very superior Race 2 (2013), which netted Rs. 93.49 crore in India. Saif Ali Khan has still to open his account here!

3. Padmaavat was the costliest Hindi film here with a production cost of Rs. 215 crore.

4. Most Shah Rukh Khan’s films here did far better business overseas, but despite that, RA.One (2011) was a clear loser. Shah Rukh also refunded distributors for losses suffered from Dilwale (2015). So did Salman Khan for Tubelight (2017).

5. In the olden days, the return on investment alone decided the commercial fate of a film, and the percentage of return of investment the grade of success (flop, average, hit, super-hit, all-time blockbuster), rather than just the moneys earned. In that sense, the first Rs. 100 crore film, Ghajini, starring Aamir Khan, was way behind the same year’s Jaane Tu…Ya Jaane Na (which he only co-produced to launch nephew Imran Khan), which collected, on a global level, almost 8 times its cost and was technically the biggest hit of that year!

6. The South dubbed film Bahubali — The Beginning (2015) was the first one to enter the Rs. 100 crore club for its Hindi version alone.

8. In the global scenario again, thanks almost completely to China, Dangal crossed the worldwide collections of all versions of Bahubali 2… by a slender lead!

9. Besides Bahubali, Dabangg, Singham and the Tiger franchise have all made it here with both parts. The last two films in the Dhoom, Golmaal and Housefull series have also come in.

11. 3 Idiots was also the last HindI film to celebrate a 50-week run in theatres—the old landmark: a Golden Jubilee. 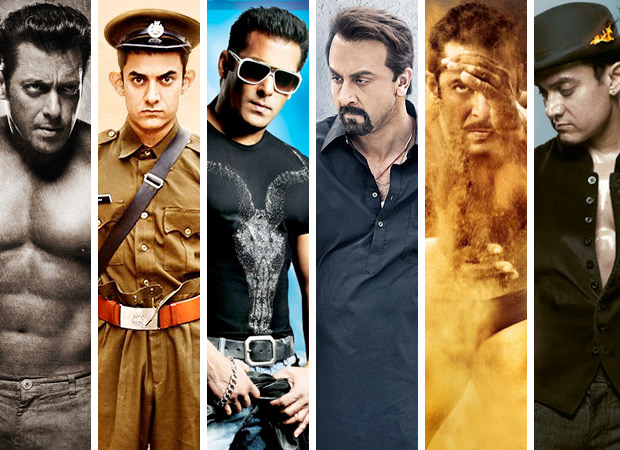 12. Salman Khan’s Jai Ho! (2014), was probably the only film for which he refused to hike admission rates in the initial days. Despite this, it did a business of Rs. 116 crore lifetime, crossing Rs. 100 crore in 10 days.

14.  Ranbir Kapoor recently quipped that his career-biggest hit so far was PK, in which he had a cameo of a few seconds. Unless Sanju matches or eclipses that record (Rs. 340.80 crore), this will remain so!

15. On the other hand, Sanjay Dutt has never had a 200 crore film ever. All his films in this club (Agneepath and Son Of Sardaar/ both 2012 and Ready (2011) and RA.One / both 2011, as well as the extended special appearance in the 2014 PK) have not even been leads. But Sanju, his biopic with Ranbir Kapoor as him has been a bigger hit than anything he did!

17. In 2016, Akshay Kumar became the only lead star to score a hat-trick (Airlift, Rustom, Housefull 3) in a calendar year. Rishi Kapoor did it too in 2012 as mentioned above). Otherwise, within a span of 12 months (a year), Salman Khan achieved this feat twice, with Dabangg, Ready and Bodyguard between September 2010 and August 2011, and with Bajrangi Bhaijaan, Prem Ratan Dhan Payo and Sultan between August 2015 and July 2016.

18. Amitabh Bachchan has managed only one film here—Bol Bachchan (2012)! He had a cameo in the film and sang a song with Ajay Devgn and Abhishek Bachchan under Himesh Reshammiya.

19. Rajinikanth similarly comes in only with a fleeting appearance in RA.One.

20. Madhuri Dixit-Nene also made only a cameo in in Yeh Jawaani Hai Deewani!

26. Season-wise, Christmas was the highest grosser, followed by Eid. Diwali made for a distant third.

27. 11 films were bio-pics, whether partly or substantially dramatized. Along with 18 sequels, they accounted for almost half the films here!

29. Both Lata Mangeshkar and Asha Bhosle are completely missing from this list!