With big-screen feature films transferred to pathetic responses on the digital platform, it is the made-for-OTT products that are awaited bated breath by home viewers. Here are the three most eagerly anticipated OTT projects of the Monsoon season. 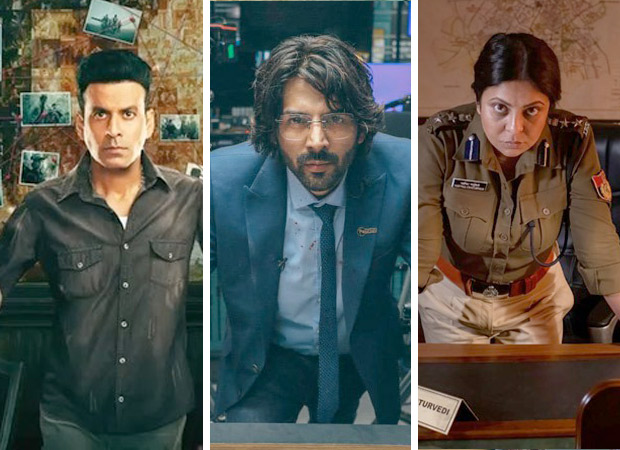 1. The Family Man Season 2: Long delayed. But now ready to hit Amazon Prime, the second season of Family Manis even more exciting than the first. Apparently the directors Raj-DK have upped the suspense quotient manifold. Manoj Bajpai and his assistant Sharib Hashmi are back exploring an intriguing case while Manoj’s wife played by Priyamani continues to be suspicious with or without reason, I am not telling. The surprise factor is Telugu superstar Samantha Akkineni who makes her Hindi-screen debut in a role that is so grey it could easily be negative. Whether it is an out-and-out negative role or not, we shall soon know. Streaming date to be announced for mid-June very soon.

2. Dhamaka: Netflix’s most expensive custom-made feature film directed by Ram Madhvani of Neerja fame is a desi adaptation of the Korean thriller Terror Live. However Dhamaka moves far away from the original. Madhvani, I am told, has created his own space, ironed out the rough edges in the original, and made the plot far more taut. Kartik plays a ruthless newshound, the star reporter called Arjun Pathak of a news channel named Bharosa 24 negotiating with a terrorist to save the city from attack. A source close to the project tells me, “This one is going to be a game-changer for Kartik Aaryan. Director Ram Madhvani has extracted the best out of the young star. Dhamaaka will take Kartik to the next level of stardom.” To be premiered end of June or July.

3. Delhi Crime 2: Netflix is very tight-lipped about this project .And with reason. One of the brilliant actors from Season 1 tells me Season 2 is even more volatile, hard-hitting and disturbing than Season 1. The same superlative cast returns: Shefali Shah, Rasika Duggal, Adil Hussain, Rajesh Tailang…Plus several new actors. Season 2 has already been completed. Release date awaited.