The much-loved entertainer Yes Boss (1997), starring Shah Rukh Khan, completed 25 years on July 18. The co-screenplay writer and dialogue writer of this film was the reputed Sanjay Chhel. He’s known for writing several entertaining films over the years and has also been a director and playwright. As Yes Boss celebrated its 25th anniversary, Bollywood Hungama exclusively spoke to Sanjay Chhel about the Aziz Mirza-directed film and a lot more. 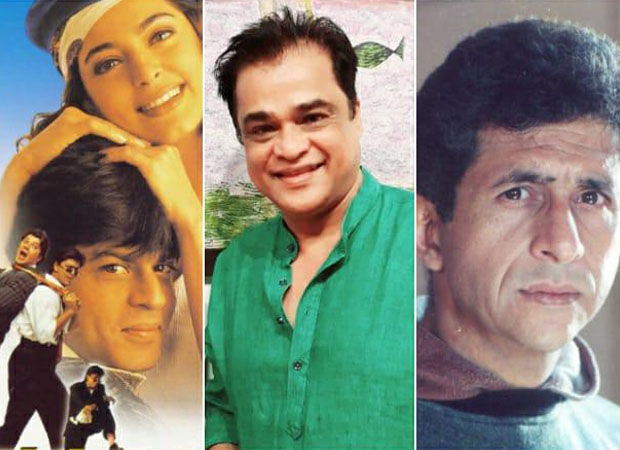 Yes Boss was one of your earlier works and it was released after your films like Pehla Nasha (1993), Rangeela (1995), Halo (1996)…
Rangeela was released first but work on Yes Boss had started before that. The shooting of both the films had commenced simultaneously. The year was 1994 and I was writing for serials like Filmi Chakkar and Naya Nukkad. This is when I met Aziz Mirza. I also knew Shah Rukh Khan as I was familiar with those who worked in his TV show, ‘Circus’. Aziz got an idea for Yes Boss and we developed it. Scripting work took around a year. Its shoot began only in 1995. Work on Rangeela had also started by then. However, it was released first while Yes Boss took time to be made.

Were Shah Rukh Khan and Juhi Chawla the original choices?
Yes. Naseeruddin Shah was originally offered the role of the boss. I don’t remember exactly but he was not comfortable as he thought he was a bit old for the character. He also had some reservations about the script. Then we thought of going for either Jackie Shroff or Aditya Pancholi. Finally, Aditya bagged the role as he was apt. And it turned out to be good casting.

One of the funniest scenes in the film is when Shah Rukh Khan and Ashok Saraf are taking a bath together in a bathtub and singing ‘Muqaala Muqabla’ from Humse Hai Muqabla (1994)! Was the scene a part of the script or did you incorporate it spontaneously on the sets?
It was written on paper. But we improvised it. Shah Rukh, Aziz Mirza and I had great chemistry. We knew each other before Yes Boss. We were on the same wavelength and hence, we made films very comfortably. We are open to discussions and improvisations on the sets. Hence, Yes Boss was one of my best experiences. Aziz Mirza is a person who makes everyone very comfortable. He took all my ideas and guided me. As for Shah Rukh, he gave me confidence. Agar last minute pe koi change ya improvisation karna hai, he would be game. 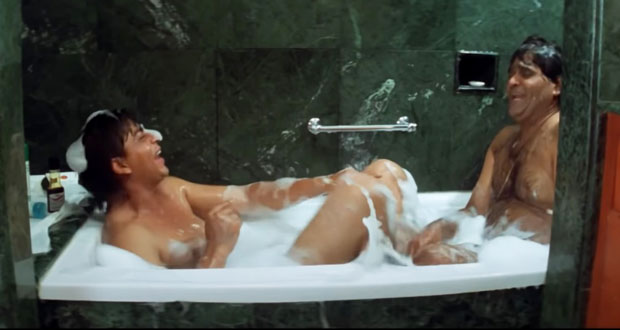 You used to be on the sets, is that right?
I have always been on the sets of most of the films which I wrote. I strongly feel that as a writer, if I am not there during the shoot and if the makers change my dialogue, it can harm my work and my track record. Moreover, I write romantic comedies and light films, where there’s a lot of scope for improvising. I don’t believe in the concept of a hard bound script. Of course, there should be a bound script. But it should not be like a dead body. Shooting is not like an autopsy! We are creating something and hence, the script should be lively.

I still remember there was a karwa chauth scene in the film. Shah Rukh and Juhi’s characters fought and then had come home. Aziz Mirza told me to add a line in that scene for technical reasons. I suggested, ‘chalo rasmein poori kar lein’. That line was not there in the script, but the moment was very silent. Hence, Aziz wanted a dialogue. And that one line alleviated the scene.

Another memorable scene is where Shah Rukh Khan wears the bangle on his ear, puts a bindi below his eyes and paints his nose with the sindoor. Could you tell us about this scene? It was a very unconventional scene and also a risky one, especially for a superstar…
Yes, I agree. It was risky. But it was Shah Rukh’s idea. He wanted a lead for the song ‘Chudi Baji Hai’. So, he suggested that he’ll apply bindi and sindoor and wear the bangle. We all were a little sceptical, to be honest. But it was his conviction and he pulled it through.