It's been 23 years since Aamir Khan, Juhi Chawla, Ajay Devgn, and Kajol starrer Ishq released in theatres. The film was a romantic comedy and the chemistry of the two pairs is still remembered. 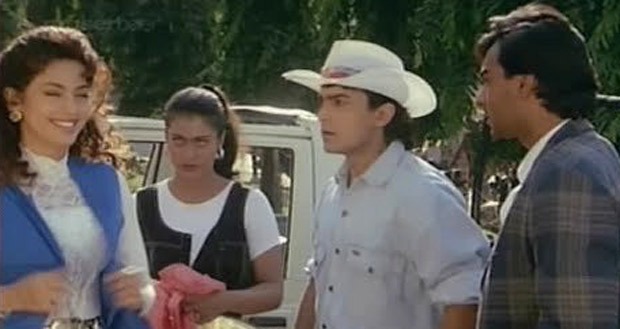 On the film's anniversary, Juhi Chawla shared a video clip in which her character Madhu and Aamir Khan's character Raja end up in an argument after Ajay bumps his car into her car. Juhi wrote, "23 years of Ishq ???? One of my favourite scenes ????????Would love to hear from you...your favourite memory ?@_aamirkhan @ajaydevgn @kajol #23YearsOfIshq."

It was also the last film Juhi Chawla and Aamir Khan did together after their pairing had become a hit since their debut in Qayamat Se Qayamat Tak.

The 1997 film Ishq was directed by Indra Kumar. It was remade in Kannada in 2007, Snehana Preethina.