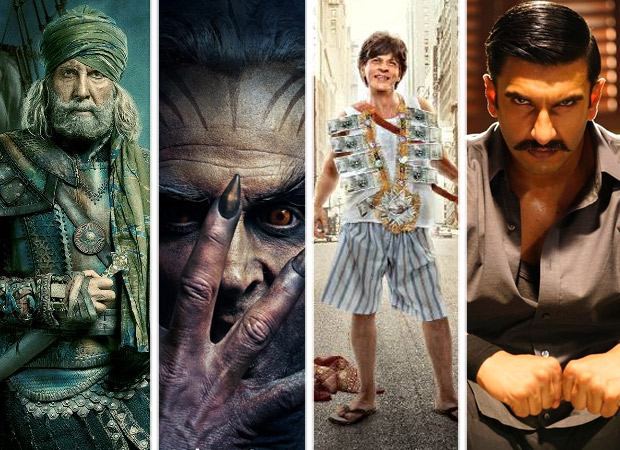 However, the growth of 100 crore club wasn't really exponential, as was seen in years to come. While 8-9-10 entries still found a way in the 100 crore club, somehow that barrier wasn't really broken. A flurry of bad films and some big budget disasters meant that there were brakes applied on the winning run.

2018 has changed it all though, and the difference is not about large number of big releases; it is mainly about smaller films picking on the opportunity and scoring humongous.

Stree, Raazi, Sonu Ke Titu Ki Sweety and Badhaai Ho - It is films like these which have ensured that 2018 would turn out to be a record year for the centuries. Each of these films could well have scored at maximum Rs 50 crore and the makers would still have gone back home happy. However, they scored big, and how. It was the content in these films, and not the budget or the starcast that resulted in the Blockbuster status.

Stree was a horror-comedy led by Rajkummar Rao and went on from strength to strength. Raazi was a serious film which could well have been tagged as a docudrama if not for the presence of Alia Bhatt. Sonu Ke Titu Ki Sweety was a safe affair but then such genre of comedies do not usually score over Rs 100 crore. As for Badhaai Ho, it was an Ayushmann Khurranna starrer which could comfortably have been slotted as a 'TV ki film' but then ended up being such a huge success.

On the other hand, Salman Khan’s Race 3 underperformed in a major way due to poor content/ execution and couldn't score a double century, whereas Akshay Kumar’s PadMan, despite the merits, couldn't cover the distance to enter the 100 crore club. John Abraham's Parmanu - The Pokhran Story too was a century material but then given the fact that it came with merely 10 days of marketing and promotion, its Rs 65 crore lifetime too is nothing less than a Rs 100 crore success.

Barring the aforementioned films, each of the other releases performed as per merits and hence there are no complaints regarding either hits or misses.

However, the real game has just begun, what with biggies like Thugs of Hindostan, 2.0, Zero and Simmba yet to arrive. Each of these films is the kind that would score Rs 100 crore in just their opening weekend; that's a given. While that would ensure 14 centuries in a time-span of 1 year, hence setting a new record for the centuries, what has to be seen is the kind of distance that these films eventually cover.

At the bare minimum, one expects Thugs of Hindostan, 2.0 and Zero to score a triple century each and Simmba to score a double century. That would mean expectation of at least Rs 1100 crore from just these four films. Of course, one just hopes that there is no unpleasant surprise round the corner but then Box Office counter is yet to begin trickling in a major way and next few weeks are going to be the deciding factor.

As for the surprises, the only other film that one can think of which could possibly enter this elite club is Kedarnath. So far only the teaser of this Sushant Singh Rajput and Sara Ali Khan starrer has been unveiled and the film looks interesting. In a year that has already seen surprise blockbusters like Stree, Raazi, Sonu Ke Titu Ki Sweety and Badhaai Ho, one just hopes that Kedarnath ends up bringing on the smiles as well. That would pretty much result in 15 centuries in a single calendar year, something that would set newer benchmarks for years to follow!