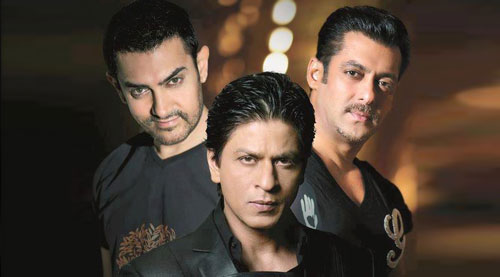 Of three Khan superstars, two - Salman and Shah Rukh - would be seen doing an image makeover in 2015. The third Khan superstar Aamir won't be seen at all in 2015. In fact if he doesn't sign another film soon he may not be seen in 2016 either.


It looks like 2014 would remain the only year in living memory when all three Khan superstars Shah Rukh, Salman and Aamir had releases. In 2014, Salman who had two releases, the lukewarmly received Jai Ho directed by brother Sohail, and the blockbuster Kick directed by his pal Sajid Nadiadwala, again has 2 releases in 2015, Kabir Khan's Bajrangi Bhaijaan and Sooraj Barjatya's Prem Ratan Dhan Payo.


Interestingly, Salman Khan plays an incorrigible do-gooder in both. According to a close friend of the superstar, "The roles are basically extensions of the Being Human brand. Salman is the dependable, altruistic, philanthropic, kind and generous, all-sacrificing Big Brother in both."


According to the friend the two films in 2015 are designed to play up Salman's benevolence and play down the image of the guy who is in and out of courtrooms.


Ironically, Shah Rukh Khan who has played variations on Rahul and Raj from Dilwale Dulhaniya Le Jayenge and Mohabbatein all his life, is also looking for a change of image in 2015. His solo release during the year is Maneesh Sharma's Fan. Sharma is way out of Shah Rukh's league. And yet from what we hear, Shah Rukh accepted the film (as well as his next release Rahul Dholakia's Raees) because they promised him a change from what he has been doing so far.


Aamir's case is unique. Christmas which is traditionally considered his slot and was taken up by Dhoom 3 and PK in 2013 and 2014, would be occupied in 2015 by Sanjay Leela Bhansali's Bajirao Mastani.


Aamir Khan hasn't decided what he wants to do next. He came close to saying yes to Karan Johar. But he didn't like the script.