1. Aamir Khan had never worn a dhoti before. He learnt how to tie it in just one day. When I had asked him how audiences would react to their hero in a dhoti his sensible reply was, “Whether I wear a dhoti in Lagaan or whether it is a period film all that is irrelevant. Audiences will come if they like the story.” And they did! Aamir was right. 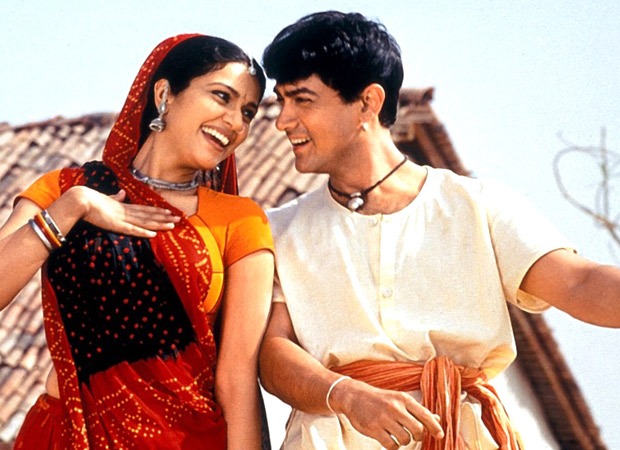 2.The first choice to play Bhuvan was Abhishek Bachchan. Director Ashutosh Gowariker waited almost two years for Abhishek to say yes. Finally Gowariker gave up. It was by chance that Aamir saw the script of Lagaan.He jumped at it. The rest as they say was more hysteria than history. Gowariker and Khan had worked together earlier in Baazi where Aamir had dressed up in drag for the first and last time. Recalling his association with Gowariker Aamir said, “Ashutosh and I were friends to begin with. I found him to be so sure about Lagaan. The script came from within him and he was perfectly in tune with the theme. I found myself depending on his judgment for a whole lot of things rather than the other way around. We did argue sometimes. But nothing major. You must remember that we had been discussing and taking decisions about the film long before the shooting actually began.”

3.The first choice for the heroine’s role was Aamir’s favourite Rani Mukerjee. But then Rani was busy. Lagaan needed two months’ dates at a stretch for the shooting in Bhuj. Rani didn’t have them. Aamir and Gowariker than decided to cast a newcomer. More than 40 fresh faces were shortlisted before Gracy Singh was chosen

4.Nitin Desai was given the task of building a set in Bhuj to resemble a village from Colonial India. Aamir told me, “We built a whole village set in Bhuj. The locals were extremely helpful. We used a lot of local people to build the set. Though Nitin Desai designed it we used the local labour force to construct the set. We liked certain local architectural designs in Bhuj. We used them so that our village didn’t look like a set. The land that we used belonged to the local people. It was agricultural land. We rented the land for one year and paid them what they would have earned by farming during that one year. We had to give them back the land as we had found it.”

5.Two of the British actors in Lagaan got married in Bhuj while shooting. Recalled Aamir, “Actually we had forty junior artistes of which twenty came from London. One of the actors Jamie had come with his girlfriend. They mentioned to us that they planned to get married in India following Indian customs after shooting. One of us suggested that they get married right there in Bhuj. I happily agreed to the marriage in the temple on our sets with elaborate sangeet, mehndi, etc.

Also Read: EXCLUSIVE: Gracy Singh gives a RARE interview on 20 Years Of Lagaan; praises Aamir Khan’s dedication and says “I wish that even I could have also played cricket in the film”