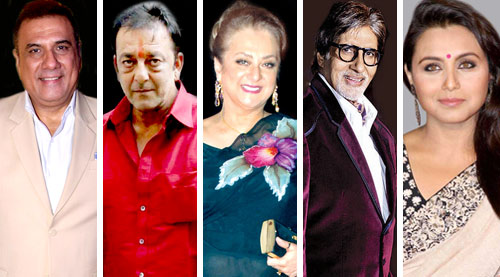 When we think of teachers and pupils we always think of idealized mentor-pupil relationships as seen in films like To Sir With Love and Taare Zameen Par. But relationships between the teacher and the taught can often be tense and taut. Here are some Bollywood films that dared to deconstructed the sacrosanct guru-shishya relationship and got away with it... nearly.


1. Boman Irani-Sanjay Dutt in Munnabhai MBBS: With a student who was way beyond 40 and a principal who was hell-bent on disgracing the 'special' student, fireworks are inevitable. Here is a guru-chela equation that made us long to get back to school just to have some fun.


2. Mehmood-Saira Banu in Padosan: He was her South Indian music teacher and clearly lusting after her. And she was one helluva chatur naar. Saira Banu took all the salivating attention from her 'Madrasi' Guruji with a stab at looking like a babe in the woods.


3. Amitabh Bachchan-Rani Mukerji in Black: She was blind and deaf. He was a certifiable alcoholic going on to becoming an Alzeihmer's victim. As her driven teacher the Big B teaches his specially abled student in Black everything from talking to kissing. A strange intense and unorthodox teacher-student film, where the traditional equation was subverted and of control.


4. Simi Garewal-Rishi Kapoor in Mera Naam Joker: He is 12 and just awakening to sexy thoughts. She is his stylish sexy English teacher. Rishi's Raju's imagination ran riot when Madame got wet during a picnic. Thighs thighs, baby.


8. Cory Hibbs-Sridevi in English Vinglish: An American gay teacher and a middle aged housewife in America desirous of learning angrezi from the yank. The guru-shishya relationship can't get any more unorthodox. And warmer.


9. Prabhu Dheva-Varun Dhawan in ABCD2: Sozzled and washed out teacher, and an out-of-luck reality dance-show contestant who wants to make it big. What a pair. Enough malevolence between the two to put dancing classes out of business.


10. Nawazuddin -Shweta Tripathi in Haraamkhor: Based on a sex scandal that rocked a small town, this is the story of a teacher who seduces his student. Gurudev ki jai ho!