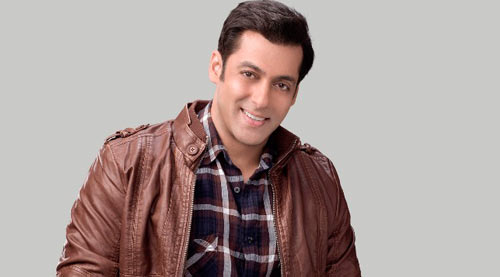 Sooraj Pancholi and Athiya Shetty are not the only newbies to be mentored by Salman Khan. The superstar has gone out of his way to support and promote young actors, actresses
and musicians too. Some of them have gone on to become major stars. Others couldn't build on 'advantage Salman'. Here's a list of Salman's protegees who made it and who didn't.

1. Hrithik Roshan: Salman Khan took a shine to Roshan Jr during the shooting of Rakesh Roshan's Karan Arjun. Saw a bright future in the youngster. Personally took photographs of him
and gave it to key media persons and producers.

2. Inder Kumar: Then there is Inder Kuma. Salman saw huge potential in this young actor too. Inder not only hung around Salman's home (like all his proteges) he also played roles in Salman's
home productions and Salman starrers like Tumko Na Bhool Payenge and Wanted. However every Salman protegee cannot be a Hrithik Roshan.

3. Arjun Kapoor: Although Arjun was Salman's sister's ex, Salman never held the broken relationship against Arjun. He encouraged the flabby shapeless star-kid to lose weight and become a
potential star.

4. Himesh Reshammiya: It's not just actors who owe their careers to Salman. Himesh was only a struggling composer in Bollywood until Salman's ears fell on the Gujju composer's catchy songs.
Salman Khan repeatedly used Himesh's songs in his film and sang Himesh's songs on screen. Big boost.

5. Kamaal Khan: 'Oh Oh Jaane Jana' fame London based besura singer hung around Salman until the hit-and-run case. Not heard of Kamaal since then.

6. Pulkit Samrat: There are Salman protÃ©gÃ©s who are helped by the superstar. Then there is Pulkit, Salman's rakhi-sister's husband, who spends so much time with Salman that he has begun to
look and behave like a pocket-sized version of Salman. Same to same.

8. Sonakshi Sinha: It's not just the guys who benefit from Salman's mentoring. Look at Sonakshi Sinha! Who knows what shape her career would have taken if Salman and Dabangg had not
happened to her?

9. Daisy Shah: Not every female discovery of Salman is a Sonakshi. Jai Ho!

10. Vinay Virmani: After Sooraj Pancholi it's Toronto-based Vinay Virmani whom Salman will mentor into stardom. Salman is the co-producer of Vinay's Dr Cabbie. And he has tall plans for the newcomer.