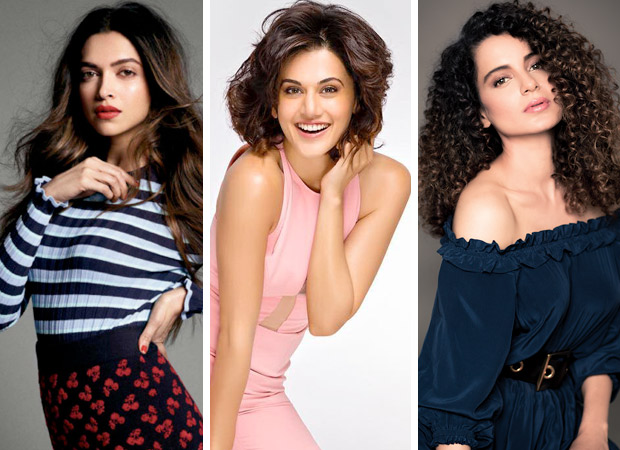 2016 was an ordinary year when it came to female centric films doing well commercially as well as critically. Neerja was on the top while Pink and Dear Zindagi followed, and these were the only three exceptions in addition to moderately successful Happy Bhag Jayegi. However, Kahaani 2, Sarbjit and Akira couldn't do much while One Night Stand, Phobia and Parched didn't find any audience whatsoever.

Now 2017 too is flooded with female centric films and one just hopes that the results are much better in months to come.

Padmavati [Deepika Padukone]
The biggest of them all would come right at the end of the year. After Goliyon Ki Raasleela Ram Leela and Bajirao Mastani, Sanjay Leela Bhansali has chosen to go with just the female protagonist's name for his next, Padmavati. Of course, Deepika Padukone has Ranveer Singh and Shahid Kapoor for company which actually makes this a star studded affair. However from the perspective of a female's story being told, Padmavati is on top.

Simran [Kangna]
Director Hansal Mehta may have seen critical acclaim but commercially he is yet to taste any success whatsoever. One just hopes that happens with female centric Simran which has Kangna returning as a central protagonist after Queen and Tanu Weds Manu Returns. She has tasted failure too in Revolver Rani, Rajjo and Katti Batti where she is in the driver's seat. Hopefully that would reverse with Simran.

Naam Shabana [Taapsee Pannu]
Three releases - three successes! This has been the strike rate for Taapsee Pannu in Bollywood after Chashme Baddoor, Baby and Pink. Though floodgates are opening for her in 2017, one of her most awaited films is Naam Shabana which is a prequel to Baby. The film promises to tell the tale of how the character played by Taapsee actually rose to being an undercover agent. In the title role, she is expected to excel.

Noor [Sonakshi Sinha]
This year she was seen as a toughie in Akira and Force 2. Though audiences didn't quite warm up to that, Sonakshi Sinha would be seen as a regular Mumbai girl in Noor, a slice of life satire. In the film, Sonakshi is expected to be her natural best since the whole set up doesn't require her to go over the top or turn filmy. The film also marks the return of Sunhil Sippy as a director 17 years after interestingly made Snip.

Mom [Sridevi]
It has been more than four years since Sridevi was seen in English Vinglish. The veteran actress would now be returning to the Hindi film scene in Mom which marks the directorial debut of adman Ravi Udyawar. There is complete silence on the film's plotline and absolutely nothing is known about what Sridevi does in there. The film is special though due to inclusion of Akshaye Khanna and Nawazuddin Siddiqui in the cast.

Tumhari Sulu [Vidya Balan]
After a series of heavy duty roles, Vidya Balan would be seen in a relatively light hearted avtar with Tumhari Sulu. The film has her play a DJ named Sulochana, who is fondly known as Sulu. The film has her play a happy go lucky character and would be going on floors at the beginning of 2017. Tumhari Sulu also marks the feature film debut of adman Suresh Triveni who has made a few short films in the past. 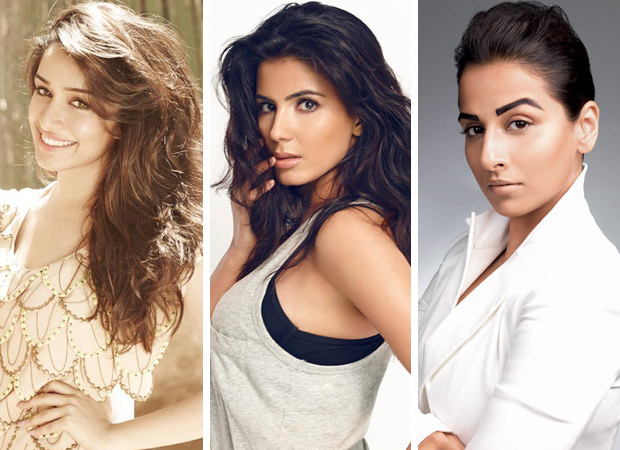 Haseena - The Queen of Mumbai [Shraddha Kapoor]
This could be one of the most challenging roles of Shraddha Kapoor's career. Originally, the film was supposed to star Sonakshi Sinha in the role of Haseena Parkar, which is based on the character of Dawood Ibrahim's sister. Shraddha has stepped into this role that has been given a rustic dramatic edge by director Apoorva Lakhia. A departure indeed for Shraddha after playing a series of sweet-n-saccharine characters.

Main, Indu [Kirti Kulhari]
There were many names floating around when Madhur Bhandarkar announced Main, Indu. However, so impressed was the filmmaker after seeing Kirti Kulhari play a pivotal character in Pink that he zeroed in on her. The film has just gone on floors and would be wrapped up by January end. Set in the times of Emergency, the film - which also features Neil Nitin Mukesh in a key role - promises to be a hard hitting affair.

Secret Superstar [Zaira Wasim]
Now that Aamir Khan has released Dangal, all eyes are on his Secret Superstar where he has a special appearance with teenager Zaira Wasim as the central protagonist. The girl has demonstrated what she is made of in Dangal where she plays young Geeta Phogat. While that has turned out to be a memorable act already, one look at the teaser of Secret Superstar and you know she would rock the show yet again!

Begum Jaan [Vidya Balan]
Vidya Balan has completed the film's shooting and plays a madam in a brothel. Produced by Mukesh Bhatt, the film is an official remake of Bengali film Rajkahini, which fetched quite a few awards for itself. Set in 1947, the film is directed by Srijit Mukherji and also features Gauhar Khan, Pallavi Sharda, Mishthi, Ila Arun and Flora Saini. The film is also special due to Asha Bhosle returning to playback singing scene.

Sunny Singh opens up his preparation for…