Sanjay Gupta's Mumbai Saga, which stars Emraan Hashmi, John Abraham, Kajal Aggarwal is one film that has garnered a lot of interest ever since the film was announced. Mumbai Saga was one film that was been shot until the lockdown was announced. And now as shoots have resumed, the cast of Mumbai Saga has also resumed shooting. Recently the two lead actors shot for a song, Yo Yo Honey Singh's 'Shor Macheygaa'. 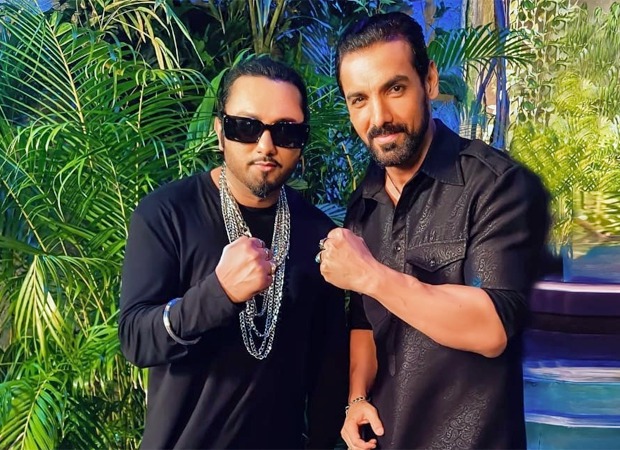 The trio recently shot the song at a studio in Andheri for over two days. The shoot took place smoothly with all the necessary precautions in place, sanitizers, PPE kits, and masks for the crew, thermal checks, and social distancing being followed by the entire crew.

Yo Yo Honey Singh will be making comeback with a song in a film after a long time. For the track, he collaborated with a 20-year-old singer writer Hommie Dilliwala, whom he has groomed for over three years. The song has a jungle - tribal theme.

Sanjay Gupta’s Mumbai Saga is a period Gangster flick, set in the 80s the film show the transition from Bombay to Mumbai.

It is a Gulshan Kumar presentation and is backed by T-Series and White Feather Films production. The film is produced by Bhushan Kumar, Krishan Kumar, Sangiita Ahir, and Anuradha Gupta.