RSVP movies announce another project - A Thursday - written and directed by Behzad Khambata has Yami Gautam playing the lead. She essays the role of Naina Jaiswal, an intelligent playschool teacher, who on A Thursday does the unthinkable-  taking 16 toddlers in a school, hostage. Events go out of control and the public and media scrutiny tear her apart, questioning her sanity and possible reason for the heinous act. Or was there more than meets the eye? On that day, A Thursday, nothing will ever be the same again. 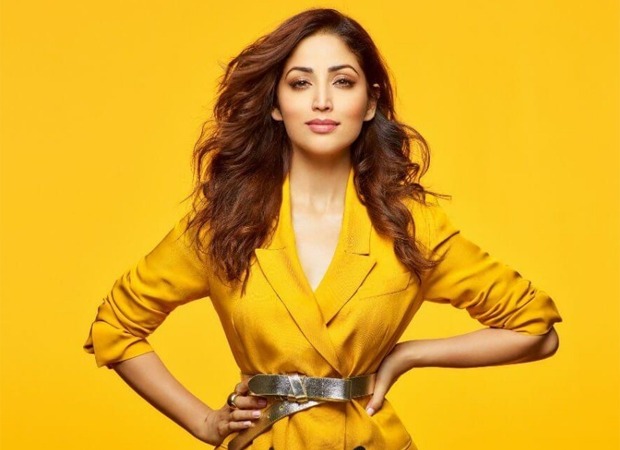 RSVP Movies took to their social media and shared, “Thrill & Chill! On this #FridaysWithRSVP, we bring you to #AThursday of unforgettable events! Starring @yamigautam, the film will be a direct to digital release.

Excited to be a part of the film, actor Yami says, “A Thursday is one of those rare scripts that come your way that you just cannot put down. Behzad has written one of the strongest characters for any female protagonist. Naina who I will be essaying is both fierce and endearing. RSVP and I have a great working relationship and cannot wait to be back on set with them”.

Ronnie Screwvala, who had also produced the critically acclaimed A Wednesday, says  “At RSVP, I'm constantly looking to back new talent and scripts that push the envelope. This is one of those brilliantly written thrillers that not only has you at the edge of your seat but also makes you question many things about society at the end of it. Yami is a phenomenal actor and seeing her in a grey avatar will be interesting for the audiences. Behzad has done an outstanding job on the script and im backing his vision to bring this to life. This is part of our direct to digital movies for 2021”.

Director Behzad Khambata says, “I am really grateful to Prem  for believing in me and this idea and I am super excited to be working with Ronnie and RSVP, one of the most reputed production houses in the country. I always had Yami in mind while writing this script because I have never seen her portray an unhinged, pretty much crazy character. I was thrilled when she agreed to do this film. So now the excitement is brewing and can’t wait to be back on a film set.”

Producer Premnath Rajagopalan of Blue Monkey Films shares, “When Behzad approached us with the one line on this film we were thrilled by the premise. That an act by one individual creates a cascading effect with the ability to disrupt everything around it was very promising. We worked on the script with Behzad and are extremely happy it’s turned out to be a taut, sharp and immensely well written story. We at Blue Monkey Films are excited to be partnering with RSVP on this as Ronnie has always been associated with cult and pathbreaking cinema.”

A Thursday, produced by RSVP and Blue Monkey Films, will release in 2021 on digital.

Also Read: Yami Gautam speaks about her neck injury and how she allowed her body to heal itself