Makers of Dream Girl seem to have written one of the most unconventional characters for the trendsetting actor Ayushmann Khurrana. The actor, who ruled the roost in 2018, with out of the box and unique films like Andhadhun and Badhaai Ho, will be continuing his love for this kind of cinema this year too. With films like Bala and Dream Girl in the pipeline, we can expect to witness the actor in some more crazy fun dramas. And a recent revelation made by the director of the Nushrat Bharucha starrer Dream Girl, Raaj Shandiliya has definitely proved us right! 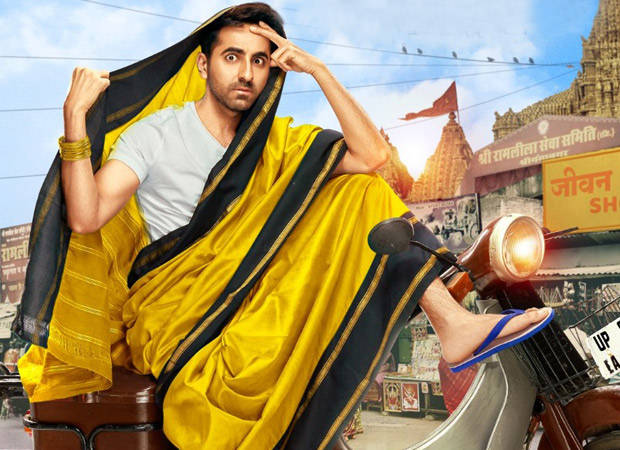 In earlier reports, it was clarified that the title Dream Girl is based on Ayushmann’s character from the movie and not his leading lady Nushrat Bharucha. Furthermore, to add to the curiousity, we also saw that the poster of the film features Ayushmann Khurrana sporting a saree too. If that wasn’t all, Raaj Shandiliyaa has some more addition to make whilst describing the character that his lead actor will be playing in the film. According to his statement in recent reports, Ayushmann will don the avatars of mythological characters from Ramayana, Mahabharata and Krishna Leela which includes Sita, Draupadi and Radha.

Although he refused divulge too many details in the reports, Raaj mentioned that the Andhadhun actor will definitely be donning the characters of these three mythological characters and that’s what the film will majorly revolve around. He, however, added that Ayushmann will be seen speaking Haryanvi and Hindi language with a local accent in the film.

Speaking about the dedication and experience of working with Ayushmann, Raaj is all praises for this popular actor. On the other hand, he also revealed that he completed half the screenplay in one day itself when he revisited the script in 2015. He also mentioned that he started working on the concept given by co-writer Nirman in the year 2013.

Dream Girl also stars Manjot Singh and it is slated to release on September 13 this year. The actors kicked off the shoot of the film last year in Agra and later another schedule was shot in Mumbai too.