Well, Sonam Kapoor may have been in news constantly owing to her marriage rumours. But it seems that the Kapoor family is gearing up for another interesting extravaganza altogether, albeit an onscreen one. We are talking about Arjun Kapoor and Harshvardhan Kapoor who are coming together for Bhavesh Joshi. 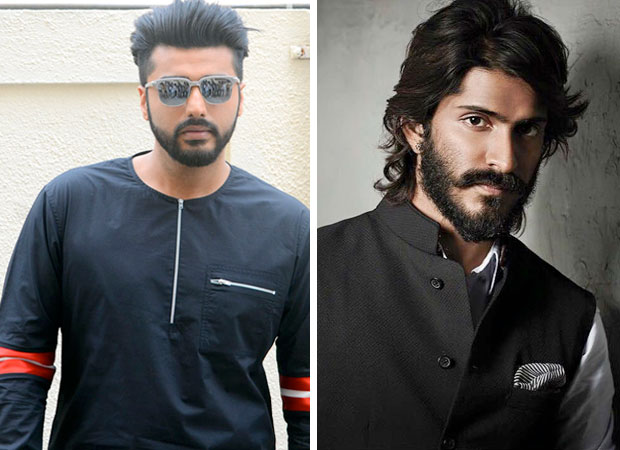 Not too long ago, reports featured the first look poster of the vigilante drama Bhavesh Joshi. Now, the latest update on the film front is that it will feature Arjun Kapoor but only in a special number titled ‘Chumma’. Let us call it an item number of sorts! Arjun Kapoor will be grooving alongside some hot models and dancers in a song. It is expectedly mounted on a lavish scale and will feature Harshvardhan Kapoor. However, the Mirzya actor won’t be dancing but instead will be hiding his face behind a mask since he plays a vigilante in the film.

As for the song ‘Chumma’, we hear that it was a last minute addition. It was Anil Kapoor who is said to have approached nephew Arjun Kapoor for the said number. Knowing the great camaraderie that this real-life uncle-nephew share, it was not surprising to know that Arjun gave his nod immediately. Composed by Amit Trivedi, this song is a peppy number expected to fall in the category of numbers like ‘I Hate You Like I Love You’, ‘Fevicol Se’ among others.

According to reports, the said number will be filmed in two days in Mumbai itself. Arjun is expected to shoot for the song this week before he takes off to foreign shores. The actor is supposed to join the team of Namastey England for its international schedule. Hence, the team of Bhavesh Joshi has already started with the prep and rehearsal owing to Arjun’s other commitments.

Arjun and Harsh will reportedly also kick off the preps for their sister Sonam Kapoor’s wedding soon which is expected to take place on May 7 and 8.