Unveiling a completely new side, Akshay Kumar plays a loving brother to four sisters in this family drama. Raksha Bandhan, as the name suggests, talks about a pure bond of sibling love and the sacrifices one has to make to keep each other happy. During the recent trailer launch that was held in Delhi, while speaking about his real life bond with his sister, Akshay Kumar also revealed that she is the presenter of his film. 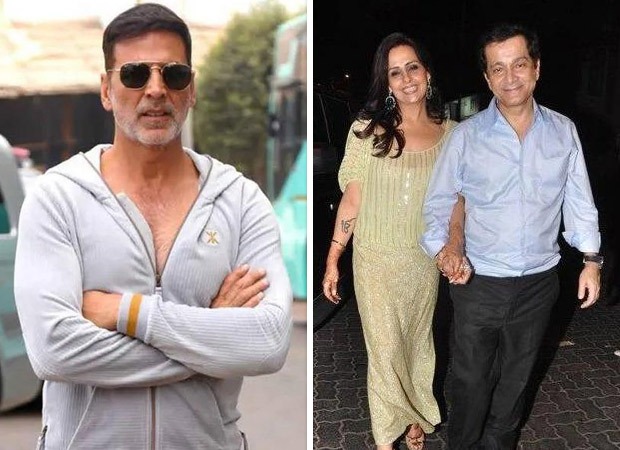 WATCH: Akshay Kumar reveals that his sister is the presenter of Raksha Bandhan

Keeping up with the theme of Raksha Bandhan, Akshay Kumar spoke about his relationship with his non-filmy sister, Alka Bhatia. Speaking about their bond, Akshay said, “Agar 7-8 saal ke andar kuch ho toh. Varna mujhe yaad nahi hai humari koi ladayi hui ho. (Transl: If it was within 7-8 years then possibly! Otherwise I don’t remember having a fight with my sister).” He went on to add, “She is my biggest supporter, my biggest critic, she is everything to me and I am everything to her.”

Speaking about Raksha Bandhan, the film features Bhumi Pednekar as Akshay’s childhood sweetheart and the two of them are keen to marry each other. Unfortunately, their wedding constantly gets pushed as the sisters are not getting married. Set against the backdrop of a small town, Raksha Bandhan tackles with the sibling bond but with a pinch of comedy in it.

Incidentally, the film, directed by Aanand L. Rai, will release on the day of Rakshabandhan, that is, on August 11. It is produced by Zee Studios in association with Colour Yellow Productions and Cape of Good Films.

Also Read: BREAKING: Raksha Bandhan trailer out on June 21; Akshay Kumar to launch the trailer with an event in Mumbai