The month of January didn’t see a Bollywood film releasing on account of the third wave of Covid-19. Now that the cases are falling in almost all parts of India and various restrictions easing restrictions, the filmmakers are now getting the confidence to release their films in cinemas. Hence, in the last 10 days, the release dates of many films, scheduled for release in January and February, have been announced. The Kashmir Files was one such film. If there was no third wave, the political drama would have been released on January 21, 2022. The film was pushed ahead and today, it has come to light that it’ll now finally arrive in cinemas on March 11. 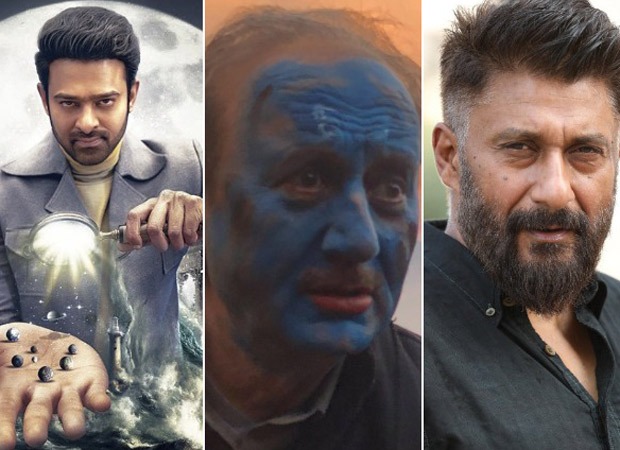 Interestingly, Radhe Shyam, starring Prabhas and Pooja Hegde, is also scheduled to hit cinemas on the same day. Hence, one will see a clash of two contrasting films in the second week of March. Radhe Shyam is a big-budget multi-lingual film, co-produced by T-Series. Vivek Agnihotri’s The Kashmir Files, meanwhile, is backed by Zee Studios and stars Anupam Kher, Mithun Chakraborty, Darshan Kumaar and Pallavi Joshi. Interestingly, The Kashmir Files was earlier going to release alongside Prithviraj, the grand period actioner starring Akshay Kumar, on January 21.

A trade expert told Bollywood Hungama, “The Kashmir Files can’t be underestimated as Vivek Agnihotri’s last film, The Tashkent Files (2019), was a sleeper hit. The Kashmir Files touches upon a burning and controversial issue of the exodus of Kashmiri Pandits. Hence, despite the absence of big stars, the film will generate a lot of curiosity. And anyway, its makers would not be looking at a record opening. Hence, it’ll be okay to clash with Radhe Shyam. If the film has a positive word of mouth, it can grow and even sustain in the presence of Bachchan Pandey, another big-budget entertainer, starring Akshay Kumar, which releases a week later, on March 18.”

When contacted and asked about the clash with Radhe Shyam, Vivek Agnihotri told this writer, "I am not scared of any film. This is not a project. It's a mission for us. Last time, I was supposed to release it with Prithviraj. We even toyed with the idea of clashing The Kashmir Files with RRR, on March 25. I am aware that Radhe Shyam is a hyped-up film and we are coming with that film as the audience of our movie is absolutely different. I am sure that slowly, The Kashmir Files will grow. And anyway, kabhi toh film ko theatre mein aana hi hai na. Last time, I released my film, The Tashkent Files, 6 days before Kalank and (we all know how it worked big time)."

Vivek Agnihotri also revealed that the trailer of his film will be out very soon, "It will be out 3 weeks before release. So in the next 8-10 days, we'll bring out the promo."