After the success of The Kashmir Files, fans were eagerly waiting for director Vivek Agnihotri's next. A couple of days ago, Vivek teased his fans by sharing a cryptic poster. Though the poster seemed intriguing, it did not reveal the name of the film. Now, the wait is finally over as the director has announced the title, The Vaccine War. 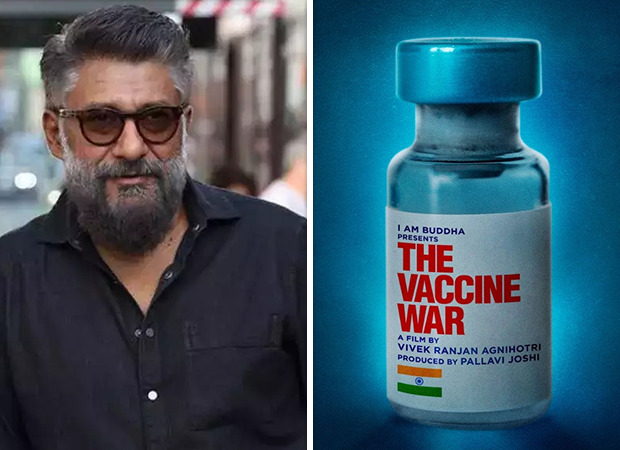 On Thursday, Vivek Agnihotri took to his social media handle and unveiled the first poster of his upcoming film, The Vaccine War. The poster features a bottle of the vaccine. Interestingly, the sticker on it read, “I am Buddha presents The Vaccine War.” It further read, “A true story”. At the bottom of the poster, the director mentioned its release date, which will be Independence Day 2023.

Captioning the post, the renowned director wrote a short write-up, which read, “ANNOUNCEMENT: / Presenting ‘THE VACCINE WAR’ - an incredible true story of a war that you didn’t know India fought. And won with its science, courage & great Indian values. / It will be released on Independence Day, 2023. In 11 languages.” He also urged his fans to “bless” the team.

Interestingly, the forthcoming Vivek Agnihotri directorial will clash with the Ranbir Kapoor starrer Animal, slated to release on August 11, 2023. For the unversed, Animal will be a pan-India film. It is said that the film will revolve around a gangster family and is being extensively shot in Mumbai and Delhi.