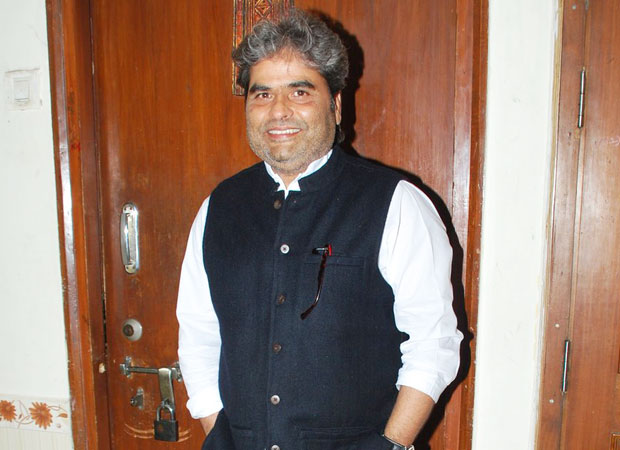 While his films boast of reflection of society, with the same intention, Vishal Bhardwaj has taken ahead his love for art in a different form. From what we hear, he is a closet poet who has now taken forward his love for poems a step ahead by publishing a series of poetries in his book Nude.

While it is a coffee table book, the title definitely raised eyebrows owing to its provocative nature. A similarly titled Marathi film Nude recently had to face the wrath of censors owing to its title and we wonder if Vishal is ready to face the same situation. However, the filmmaker asserts that the title was given to publishing before the controversy was triggered. Not just that, but the director producer also added that the idea is not to titillate an audience but trigger an intellectual debate about the creative liberties of an artiste without visions of shivering children or a naked Parliament.

Known as one of the most unabashed filmmakers, Vishal explores the theme of love and romance in his poetries which also includes decoding of different eras ranging from old world love to the latest generation of WhatsApp breakups. His poetries also depict the paradoxical realities of the rich and the poor with references how film personalities are often used as scapegoats in situations. Maintaining that the films are a reflection of the society, Bhardwaj believes that this is his way of reacting to situations in the country instead of participating in hunger strikes and leading morchas.

From taking professional training with renowned shayars like Ambar Kharbanda to Ashok Mizaj Badr and inspired by Osho’s discourses, Vishal set out on a journey of a poet after Gulzar [saab] gave him an ultimatum, a year ago, of sending the poetries to Harper Collins to publish it in a book. This is his first step towards it. Considering that he is keenly inclined towards them, we believe Bhardwaj will take forward the legacy since his father Ram Bhardwaj too was a popular poet.

Sonu Sood's autobiography to be titled I Am…