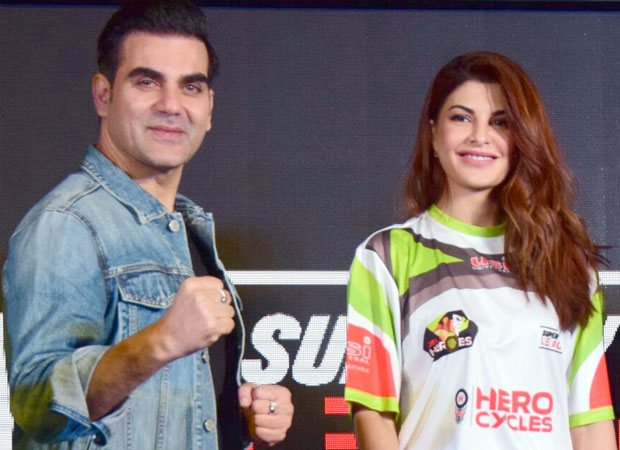 The newest addition the roster of celebrity co-owners, Arbaaz Khan states, “I have been following this sport since I was in high school. India is seeing a progressive change with the focus shifting to alternate sports and I see an opportunity in promoting SFL to popularise MMA in India. Being a sports enthusiast, it was a good opportunity to co-own a team in one of the futuristic sporting formats. I was privy to Season 1 and I was quite impressed with how the league was conducted in a professional and principled manner and felt a professional league like this will provide the right ecosystem for the action sport to enter the mainstream of the country. There are almost 10 million martial artists in our country today and the talent is vast and varied.”

Bill Dosanjh, Founder & CEO, Super Fight League adds on, “We are delighted to bring on board entrepreneurs from Bollywood who see the value in MMA, to partner with us as team co-owners. We have been studying who will be the best fit for our teams on the basis of their work and commitment towards sports. After cricket, MMA is the second most-watched sport online in India today and it has a great connect with the youth just like Bollywood. With this move we hope to cement our headship position further. For a country like India, I believe endorsements work really well and the Bollywood connect has been an aspect that worked well for us in Season 1 and we will further leverage it this year”

Since its establishment in 2012, Super Fight League has staged more than 67 live televised events worldwide across India, UAE, the US and Canada. Brand leadership team British business magnate and sports enthusiast Bill Dosanjh and professional boxing sensation and two-time world champion Amir Khan tweaked the format to make SFL the first point-based MMA league. Super Fight League is the first homegrown professional MMA promotion in the Indian Subcontinent to produce events worldwide. A franchisee-based competition, the Super Fight League will feature eight teams and has been sanctioned by the All India Mixed Martial Arts Association, the governing body for MMA in India.