We all know that Vidyut Jammwal is known for his action! The actor is all set to return as with the third installment of Commando franchise. The film, which stars Agira Dhar and Adah Sharma, now has a release date. Vipul Amrutlal Shah’s, Commando 3, the third installment of the action-packed thriller, directed by Aditya Datt is all set to release on 29th November 2019. 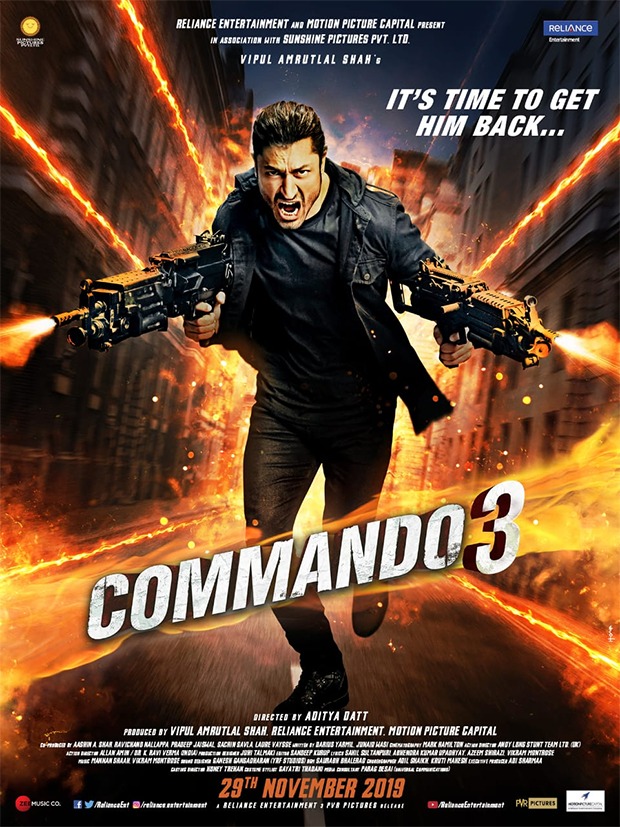 It is about getting the nation together, forgetting the differences that arise from cast, creed and religion. It is an engrossing story and Aditya has visualised great action for it and giving it a different spin.” Vidyut Jammwal earlier said.

Commando 3 is presented by Reliance Entertainment & Motion Picture Capital in association with Sun Shine Pictures and Vipul Amrutlal Shah Production. It will raise the bar for action in India and give a new spin to storyline with socially relevant topic. The film stars Vidyut Jammwal along with Adah Sharma, Angira Dhar, and Gulshan Devaiah.