Kareena Kapoor Khan, last year, starrer in the super-hit film Veere Di Wedding with Sonam Kapoor, Swara Bhasker and Shikha Talsania. The film, helmed by Shashanka Ghosh, was one of the biggest hits of 2018. But, during the shooting, Kareena was pregnant in the first half and had given birth to Taimur Ali Khan during the last schedule of the film. While the makers incorporated her pregnancy part in the film, the actress had given an option to the makers to replace her as well. 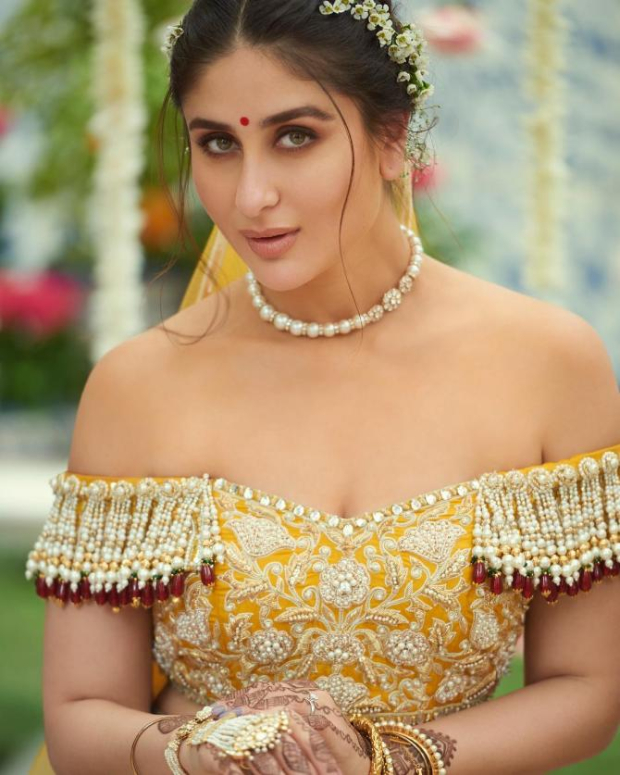 Recently, Kareena Kapoor Khan opened up about maintaining a balance between work life and her personal life now that she is a mom. The actress said that she began shooting for film Veere Di Wedding when Taimur Ali Khan was only six and half months old. She said that it was unheard of when an actress had gone back to work after six months post giving birth. Kareena said that she wanted to do the film so she took Taimur with her to Delhi. He was with her during the shoot as well. And she had told the producers, Anil Kapoor and Rhea Kapoor, that she won't be able to do the film without her baby.

Rhea Kapoor was informed about Kareena Kapoor Khan's pregnancy after the actress had informed it to her parents. Kareena said that she had agreed to act in the film when she was pregnant and they even incorporated the pregnancy part in the film. But, she found it pretty sad. Kareena further revealed that she had given the producers' a choice to replace her with a young girl.