The Dhawans are clearly enjoying this blissful time in their lives. David Dhawan gave a blockbuster last year with Judwaa 2 which starred Varun Dhawan in the lead. Varun clearly is enjoying his back to back successes at the box office. Rohit Dhawan and his wife welcomed their first child this year. It has been a great year for the Dhawan family in terms of both professional and personal lives. As per earlier reports, Varun and David might be collaborating again and probably will revive the filmmaker's No. 1 series. Now, it has been learned that the Dhawan family is all set to launch their home production banner. 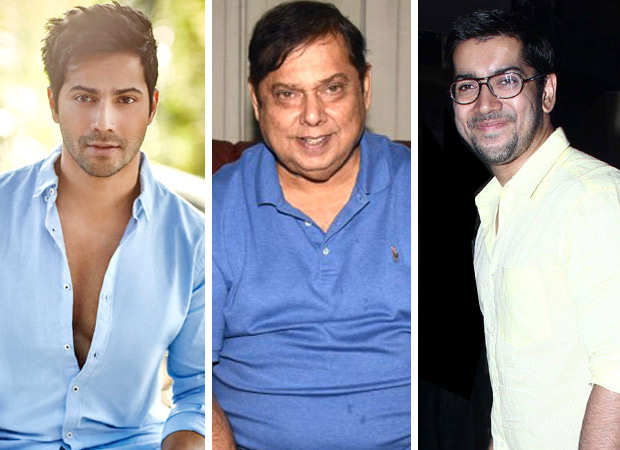 According to a leading daily report, the planning for the launch of their home banner is currently in its initial stages. The home production will be headed by David Dhawan. They also plan to kick off their first production under the banner which will reportedly go on floor in 2019. With that being said, Varun Dhawan, who has become one of the most bankable actors of today, will be reportedly be starring in the film. As he has done two films in the past with his father including Main Tera Hero and Judwaa 2, it seems they are all set for a hattrick.

Meanwhile, Varun Dhawan is definitely one of the busiest actors in the industry. The actor is already promoting Sui Dhaaga – Made In India which stars Anushka Sharma which is set for September 28 release. He is currently shooting Kalank which has an ensemble cast of Alia Bhatt, Aditya Roy Kapur, Sonakshi Sinha, Madhuri Dixit and Sanjay Dutt. Varun Dhawan will also kickstart Remo D’souza’s dance film soon starring alongside Katrina Kaif.