Shahid Kapoor and Mira Rajput have become parents for the second time and we can't contain our excitement! Mira delivered a bonny boy just a few hours ago and the entire Kapoor family headed to Hinduja Hospital in the city to welcome the cute new member of their family. A while back, rumour mills had already gone berserk hinting that Mira would deliver soon after they saw Shahid’s mom Neelima Azeem, kid brother Ishaan Khatter, dad Pankaj Kapoor and Mira’s mother doing rounds of the city hospital. Inside sources revealed that the baby was due anytime and turns out they were accurate. 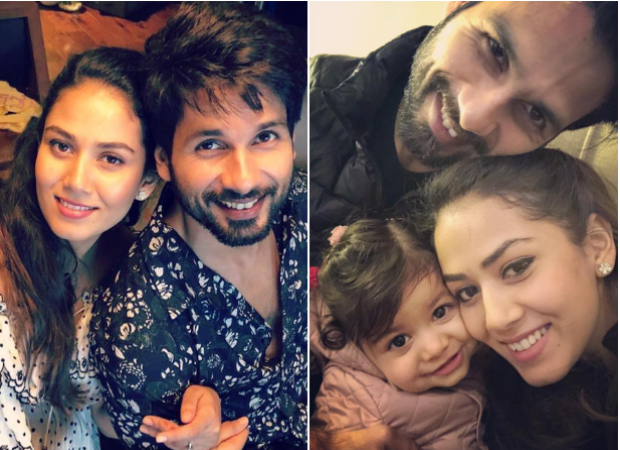 Shahid Kapoor's mother Neelima Azeem and brother Ishaan Khatter reached the hospital an hour ago after the baby was delivered. Mira's mom was already in the hospital since the evening.

It is interesting to note that ShaMira’s baby boy's birthday is on International Teacher's Day (September 5) and this is such a happy coincidence for the couple. Unlike, while pregnant with her first born Misha in 2016, Mira this time was pretty relaxed with her pregnancy and kept posting pictures on Instagram about the same. She was up and about the city till she was admitted a few hours ago.

We wish the couple and 'big sister’ Misha heartiest congratulations on this super thrilling news. On the professional front, Shahid Kapoor is currently busy promoting Batti Gul Meter Chalu which will release on September 21. He will be on paternity leave before starting on the Arjun Reddy Hindi remake with Tara Sutaria.