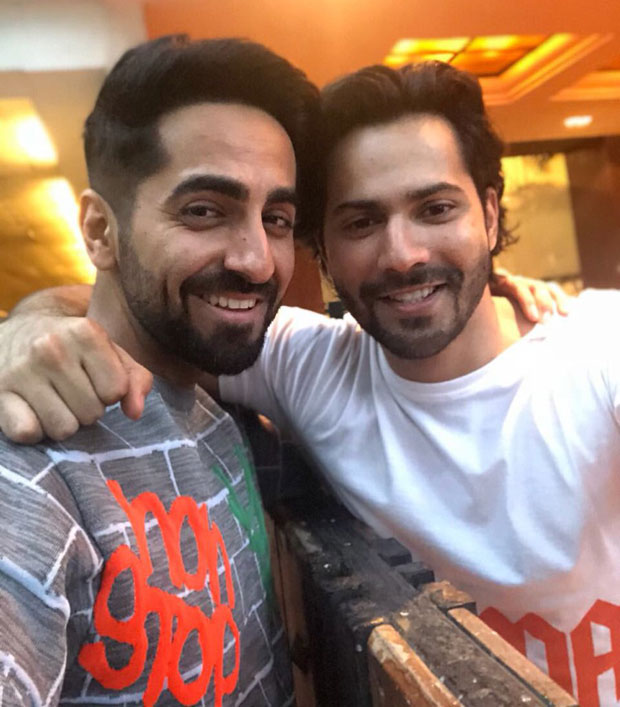 In 2015, Varun Dhawan's Badlapur and Ayushmann Khurrana's Dum Laga Ke Haisha released within a gap of a week, now again, Varun's Sui Dhaaga and Ayushmann's Andhadhun are set to release within a week's span. Not only that, interestingly, the two actors have swapped their directors this time. Also, while Badlapur was directed by Sriram Raghavan and Dum Laga Ke Haisha by Sharat Katariya, now Varun has worked with Sharat Katariya and Ayushmann marks his first collaboration with Sriram Raghavan.

Varun took to his social media and posted a picture with Ayushmann and wrote, "Ran into @ayushmannk yesterday at yrf interestingly in 24 days #SUIDHAAGA will release followed by #AndhaDhun and in 2015 #Badlapur released followed by #Dumlagakahaisha also we exchanged directors. Was this planned?"

Sui Dhaaga – Made In India is about finding love and respect through self-reliance, Varun Dhawan is paired opposite Anushka. Yash Raj Films’ entertainer is set to release on September 28 this year, just before Gandhi Jayanti.

Andhadhun revolves around the story of a blind piano artist showcasing facades of his love story. However, life takes a sharp turn as he gets caught in the world of tragedies. The film stars celebrated actress Tabu and Radhika Apte in pivotal role. The film is slated to release on 5th October 2018.

Also Read: Here’s how Varun Dhawan got inspired to play a tailor in Sui Dhaaga – Made In India!