Urvashi Rautela has been known for her glamorous roles. But her fans have something new to look forward to.
The Tamil remake of Thiruttu Payale 2 ís finally official and it features Urvashi Rautela in a de-glam role alongside Vineet Kumar and Akshay Oberoi in the lead roles. 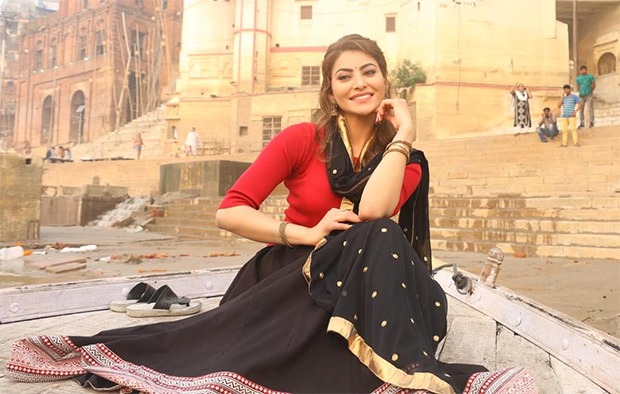 Urvashi had been reading scripts after Pagalpanti and the moment she had gone through the script she knew she connected to the character. This will be for the first time that she will be seeing in a de-glam avatar and playing a simple girl next door from Varanasi.

“I have worked in most of the genres including comedy, thriller, romantic, but this character will be something I have not experienced yet. I was looking for rich quality content and I have fallen in love when I bumped into this girl from Varanasi’s character. People will definitely get to see me in a new avatar and I am really excited about this film”, she excitedly shares.

The actress will now be seen in a different avatar, in minimal make-up, regular hair-do and casual attire (salwar-suit). Talking about her minimalist look in the movie, the Pagalpanti actor said, “I’m open to experimenting with new looks, that’s what will showcase the versatility in me”.

The actress also added, “I am comfortable being in front of the camera with no make-up, sometimes it is good to know that you don’t have to spend hours just getting ready.”

The shooting of the film has already begun in Lucknow. It is being directed by Susi Ganeshan, who helmed the original film as well.