With less than a month to go for Dabangg 3, the excitement is slowly going many notches higher. The promotions have been quite interesting till now. The trailer was out two months before the release of the film. Then the makers ditched the usual norm and released all the audio songs of the film first. And now they are unveiling the video of these songs one by one. This week, the much awaited song ‘Munna Badnaam Hua’ will be out. And fans will be in for a treat as it has a nice little surprise! 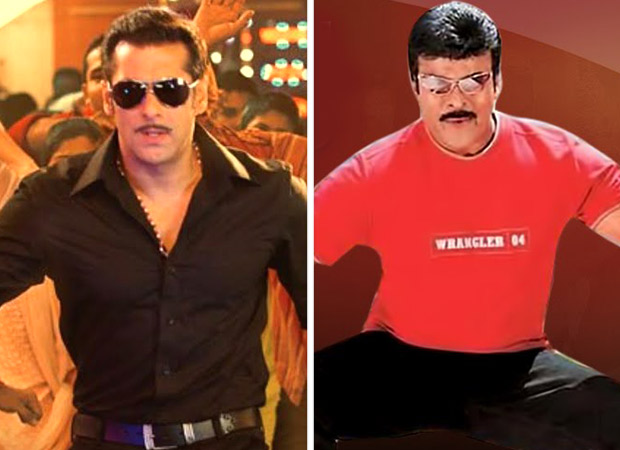 A source close to the film explains, “The first part of Dabangg had the song ‘Munni Badnaam Hui’ which was popular not just for Malaika Arora’s moves but also for lead actor Salman Khan’s entertaining dance steps. And the makers have ensured that Salman’s naughtiness comes out well in ‘Munna Badnaam Hua’ too. In this regard, the makers have decided to make Salman Khan recreate the ‘Veena’ dance step, which has been immortalized by Telugu superstar Chiranjeevi. Interestingly, the megastar hasn’t done this dance move in many films but it has achieved a cult status. Actors like Allu Arjun, Vijay etc have also recreated the step. Recently, actress Rakul Preet Singh too did the same at an event.”

The source adds, “The makers thought it’ll be a nice way to pay tribute to Chiranjeevi and thereby appeal to the Telugu fans. Moreover, it went well with the mood of the film and persona of Chulbul Pandey. Salman Khan loved the idea when he was told to do the ‘Veena’ dance step. He did it energetically and everyone had a great time on the sets.”

And that’s not all. “There’ll also be a face-off between Salman Khan and Prabhudheva, also the director of the film. The only thing I can say about this bit is that both the face-off and ‘Veena’ step tribute will create frenzy in single screen theatres and even some multiplex screens. See it to believe it!” says the source before signing off.

Also Read: Dabangg 3: “Salman bhai is the person who takes the final decision when it comes to the music of the film,” says Sajid Ali Khan