While his film Baaghi was a blockbuster in 2016, second installment of the Tiger Shroff starrer is now ready! Baaghi 2 is all set to hit the big screen this year in the first half. And now, we hear that the trailer of the film is ready too!

For the past few days, reports of the film’s trailer launch have been doing the rounds. Now, we hear that the release date for the trailer of Baaghi 2 has been locked. It is slated to release on February 21. Yes, the trailer would be releasing more than a month before the film hits the silver screen. 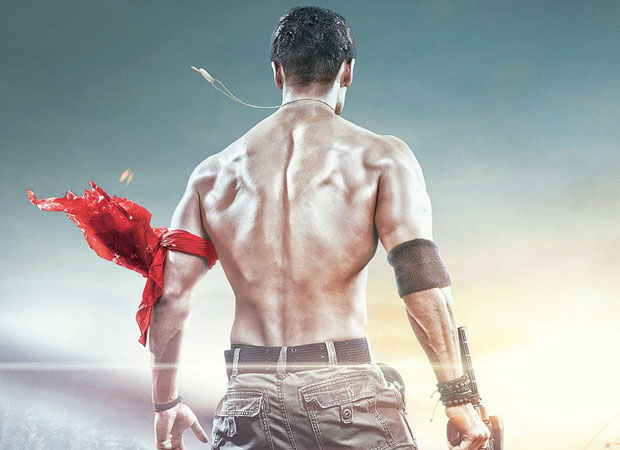 On the other hand, Baaghi 2 will see Tiger Shroff being paired opposite Disha Patani for the first time. Prior to this, the two of them had starred together in a music video titled ‘Befikra’. It went on to gain popularity for its sizzling chemistry. Hence, their pairing is being talking point ever since the film’s inception.

For the uninitiated, the first installment featured Shraddha Kapoor as the leading lady. Interestingly, Baaghi too had marked the first time pairing of Tiger with Shraddha. However, the second installment is expected to be quite different from its prequel in terms of story and plot.

Also, Baaghi 2 promises to be much bigger in terms of action compared to its prequel. The film will see Tiger Shroff attempting some high octane stunts. In fact, the actor is said to have undergone extensive martial arts training for the film.

The film brings back the power-packed rebel Tiger to the big screen in a never seen before avatar. His recent photos are a proof of the same. It is for the first time that Tiger will be ditching his long tresses and opting for a short hairdo.

Baaghi 2 is co-produced by Fox Star Studios and Sajid Nadiadwala under the banner name Nadiadwala Grandson Entertainment. It is directed by Ahmed Khan and is slated to release on March 30.

Also Read: Tiger Shroff puts a garland on Disha Patani in this leaked video from Baaghi 2