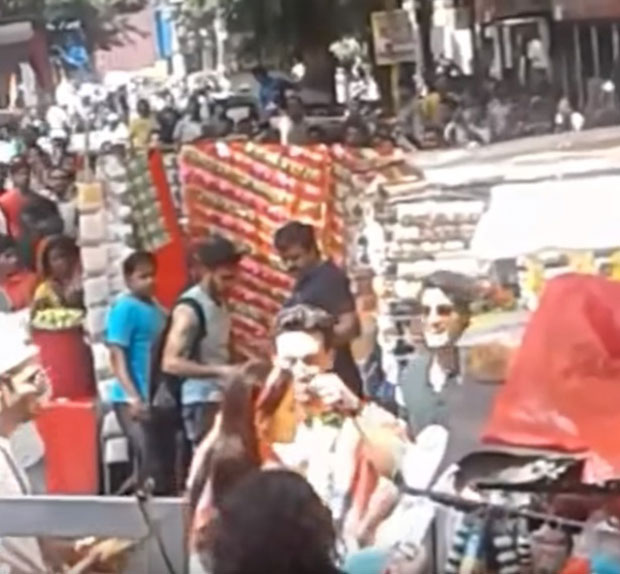 Bollywood actors and the rumoured couple, Tiger Shroff and Disha Patani, are finally going to be starring in Ahmed Khan‘s directorial, Baaghi 2. The film was shot in Pune and Goa last year and is all set to release this year in March.

While many photographs and stills have been released from the film, one video has gone viral on social media. Tiger Shroff is seen performing stunts on the streets of Goa. From flying kicks to some high octane action scenes, Tiger is all set to kickstart new year with this action-packed film. While filming one of the scenes, he is seen with Disha Patani as he puts a garland on her but she isn't interested. It is a pretty cute scene between the two stars.

Baaghi 2 is the first time Tiger Shroff and Disha Patani will be starring on the big screen. They had earlier starred together in a music video titled, ‘Befikra.’ It was only announced a day ago that Baaghi 2 has been preponed. It is now releasing on March 30, 2018.