Aamir Khan is a big name when it comes to the audience across the border in China. An example of his stardom there is the fact that each of his releases be it 3 Idiots, PK, Dangal, and Secret Superstar that have gone on to establish benchmarks at the China box office. This being said, Aamir Khan seems to have developed a connect with the audience in China, who in turn have taken an ardent liking to the actor’s cinematic outing. Now, keeping this in mind it comes as no surprise that the makers of Thugs of Hindostan would eventually look at releasing the period epic in the country. However, we hear that Yash Raj Films have decided to go a step further and ensure a wide if not wider than the domestic release of the film in China. But the interesting part is the fact that the film, even before it hits screens in China has earned its makers a whopping Rs. 110 cr. there. 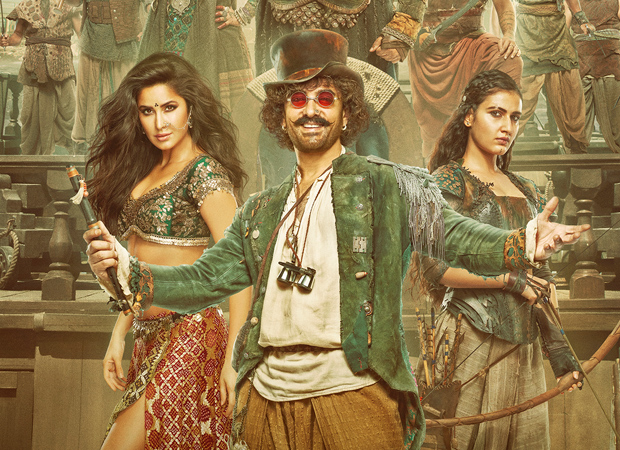 In fact, reports state that Yash Raj Films has sold the distribution rights of Thugs of Hindostan to Chinese based distribution firm Estars Films. If that wasn’t all, we also hear that the deal has been finalised on a minimum guarantee amount of Rs. 110 cr. Thanks to this the film which is being planned to a wide release scale has effectively earned its makers Rs. 110 cr even before hitting screens in this market. Interestingly, though the Chinese firm Estars will release Thugs of Hindostan in China, the film as per sources will hit screens only in December, which is five weeks after its Indian release. But, given the fact that Aamir Khan has now become a household name in China, experts predict that like his previous cinematic outings Thugs of Hindostan too will see a meteoric rise at the China box office. 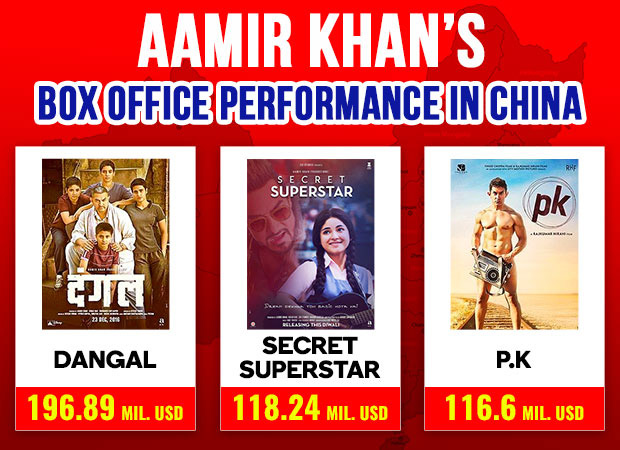 For those still wondering how Thugs of Hindostan will feature at the China box office, one need not look further than Aamir Khan’s earlier releases in this territory. For instance, the actor’s previous releases include Dangal that raked in a staggering USD 196.89 million [Rs. 1437.30 cr], while his other release Secret Superstar that saw its domestic collections stagnate at Rs. 63.40 cr; drew in a massive USD 118.24 million [Rs. 863.15 cr] in China and PK that collected USD 116.60 million [Rs. 851.18 cr]. Besides these films there is also Aamir’s other release 3 Idiots that incidentally played a crucial role in opening up the Chinese market for Bollywood films, especially since it was the first Indian film to hit screens in China.

Also Read: THUGS OF HINDOSTAN: Aamir Khan REVEALS about his character Firangi and here are the deets