Everyone who has caught a glimpse of the trailer of YRF’s adventure period drama Thugs Of Hindostan would be aware that the character essayed by Aamir Khan is quite different from his previous roles. He plays the character of Firangi - a flamboyant, deceptive, slippery, smooth-talking thug who cannot and should never be trusted. Aamir and the other thugs of the film speak about the notoriously charming Firangi. 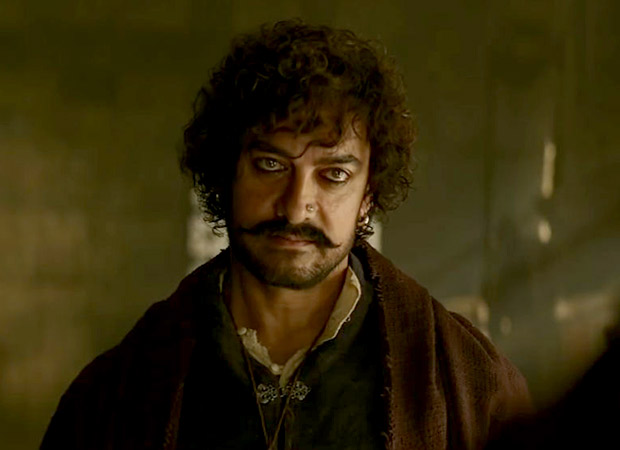 Speaking on his character Firangi, Aamir Khan said, "When I heard the script for the first time, I loved the character of Firangi. He’s a strange guy because he is not a very reliable person at all. He is someone who is constantly lying and you don’t know when he is telling the truth. Fortunately, I don't know anyone like Firangi in real life!” Well, we hear that considering his grey shaded role, it has now become a huge talking point among audience even before the release of the film.

On the other hand, his co-star Fatima Sana Shaikh, who shared screen space with him in Dangal as his daughter, is reuniting with him in Thugs Of Hindostan. Further adding about the traits of Firangi, Fatima said, “Ekdum lucha hai, kamina hai, matlabi hai. In real life agar mein kissi Firangi ko jaanti, toh uss se das foot door rahoongi!”

For the first time, the film also brings together Aamir Khan with Amitabh Bachchan. The megastar too spoke about Firangi, saying, “He has a dual personality, he’s great fun, he’s smart, he’s intelligent and he has a difficult job of balancing two great powers (the Thugs and the British East Indian Company).”

Director Vijay Krishna Acharya (Viktor) too described Firangi quite hilariously in his own words. He said, “He’s not a character you would want in your life! He is just so unreliable.”

Thugs of Hindostan is a fictional story that is set during British East Indian Company’s rule over India in the 1800s. It is set to release on November 8 in Hindi, Tamil and Telugu.

Also Read: “It is like a Manmohan Desai Film”: Aamir Khan on Thugs of Hindostan, Amitabh Bachchan, Raja Hindustani and more!