Ajay Devgn is all set and raring to go with his new movies at hand. After smash hit success of Total Dhamaal, the actor is busy with Tanaaji: The Unsung Warrior where he is playing the lead protagonist whereas he has roped in Saif Ali Khan to play the antagonist. The movie will also have Kajol in a very important role. Now, the movie is set to be a period film and will evoke feelings of patriotism amongst masses. Now, the latest news is that the movie will feature a special dance number featuring Saif Ali Khan who plays Udaybhan Singh. The song will have him painted in a great light. The lyrics will describe his valour and strength as a character. Not just this, a special dance number will be choreographed for Kajol too. Now, this has made us curious about the movie. Saif has learned martial arts for his role which demands a lot of action. Ajay’s first look from the movie too has garnered him a lot of praise. 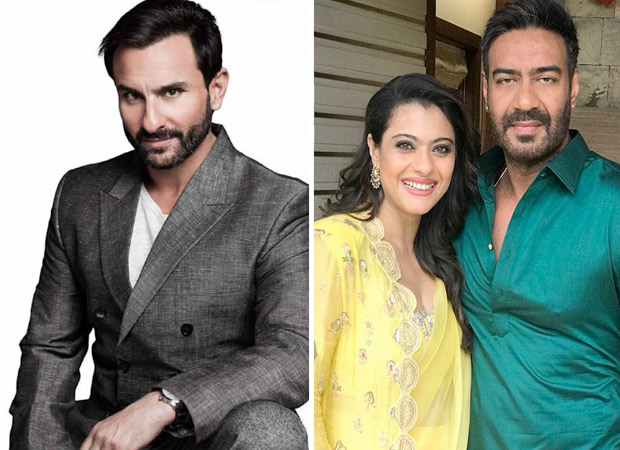 Speaking about casting Saif and Kajol in the movie he said that though he shares an old equation with Saif and Kajol is his wife, the casting was done keeping in mind only the characters. Aside from Tanaaji, Ajay also has De De Pyaar De in his kitty. Along with the same, he will also do biopic on a celebrated coach Syed Abdul Rahim. He will be shooting at real-life locations for the film.