Taapsee Pannu, who is all set to play a businesswoman in the upcoming crime thriller Badla, goes ahead to reveal the excitement she had to play the character. Without unveiling too much on the character, Taapsee shares, "I play a businesswoman who is strong headed, not like I have played such roles before but this one character had a different shade to it as well, which I hadn’t come across earlier and hence found that very challenging." 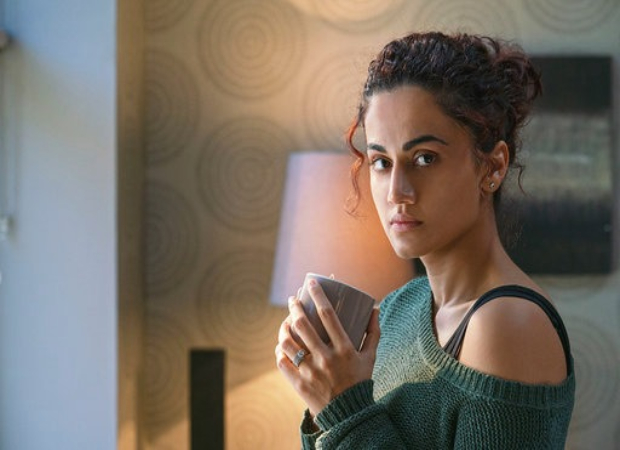 On the other hand, Amitabh Bachchan will be seen playing the role of a high-profile lawyer. The film will also mark the debut of a very talented Malayalam actor Tony Luke. As Badla's release date comes closer, the makers of this crime-thriller are leaving no stone unturned to entertain the audiences! From a thrilling trailer to mysterious posters, they are constantly generating curiosity amongst the audience.

Recently, the makers of Badla have surprised the audiences with a teaser of Badla Unplugged, a series of witty conversations between the two legendary actors - Shah Rukh Khan and Amitabh Bachchan. Badla marks the second association of Amitabh Bachchan and Taapsee Pannu after the critically acclaimed and much loved Pink.

Badla marks the second collaboration between Amitabh Bachchan and Taapsee Pannu. Previously the actors have worked together in the 2016's Pink. The film is presented by Red Chillies Entertainment in association with Azure Entertainment, produced by Gauri Khan, Gaurav Verma, Sunir Kheterpal and Akshai Puri, the crime thriller is directed by Sujoy Ghosh, starring Amitabh Bachchan and Taapsee Pannu in the lead roles, is slated to release on 8th March 2019.