Swara Bhaskar got more attention than she had bargained for when her open letter to Sanjay Leela Bhansali opened up a Pandora’s Box. One of the voices that objected to Swara’s sweeping indictment of what she saw as an endorsement of the practice of jauhar, was that of filmmaker Vivek Agnihotri who responded to Swara’s open letter with the following tweet: “We have interviewed many ‘ex-naxal’ women in Bastar. Each has gut-wrenching stories to tell, full of abuse, rape and misogyny. If they marry, they aren’t allowed to have children. I think fake feminist @ reallySwara must make a trip to understand how the Real Vagina feels like." 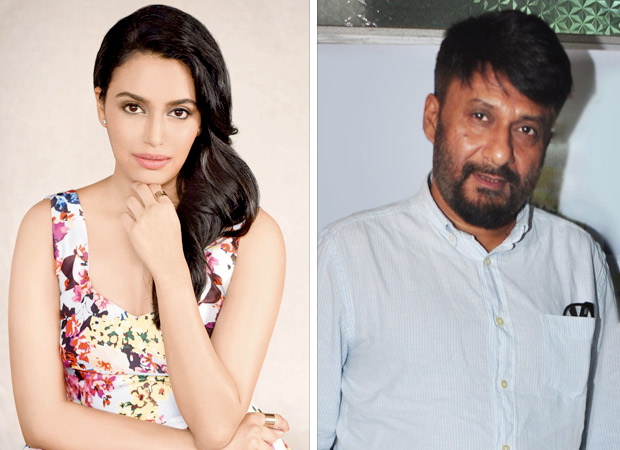 Swara chose to over-react to Vivek’s tweet with a hysterically paranoid response where she suggested that Vivek was asking her to get “raped”. Wrote Swara, “I’m sorry did u just suggest that I go get myself raped?????????? Like seriously? You typed out this tweet Vivek... ????? I’d say pretty low and sick even by your own abysmal standards of conduct &amp; civility.”

Vivek Agnihotri responded with scathing sarcasm saying, “Why is it that whenever we talk about empathy and understanding, fake feminists like @ReallySwara can only think of rape? You can say whatever you want; they end up translating it only with their sexually perverted dictionary.”

Speaking to this writer Vivek says, “If she like to twist it out of context, it’s her choice. People know what I have said. Any sincere socially committed person understands who is honest and who is only creating a sensation. Ask any random people on the street and you will know who is saying what. I felt that Swara’s intent wasn’t correct. The intent wasn’t to help the cause of women but to use this opportunity for self-gain.”

Vivek is troubled by the way empowered women look at the sexual politics of un-empowered women. Says the filmmaker, “I have been working with lots of tribal women in Bastar and also in my village in Uttar Pradesh. In India the un-empowered woman is fighting not by provoking men or abusing them. She is using her Shakti to empower herself.”

Vivek isn’t squirmy about the ‘V’ word but he admits its extensive usage in Sawara’s letter has offended many. “I think unnecessarily provoking with ‘one particular word’ by Swara has reduced the most critical war to just social media gossip. Such language on a social platform pisses off people and the war of women empowerment can never be won by hurting others. You have to have empathy.”

Vivek advises Swara to work with socially and politically debilitated women “I suggest that fake feminists like Swara work with these deprived and abused women to understand their plight and yet their optimism and faith. I have no doubt in my mind that if the next revolution has to come, it will come via Indian women. And if it has to fail, it would be because of fake feminism.”