A renowned teacher who trains students for IIT-JEE, Anand Kumar, the name behind the coaching centre, Super 30 in Bihar who transformed the future of many as a teacher also got featured in TIME magazine in 2010 as ‘The Best of Asia’.  Anand Kumar has a biopic to his name where Hrithik Roshan will be essaying his character in the upcoming film, Super 30 and, Kumar has been on a promotional spree ever since the announcement of the biopic. Taking the word of teaching and the power of knowledge all across, this announcement has surely sent shocks across the nation where the video surfaced from his interview to ANI. 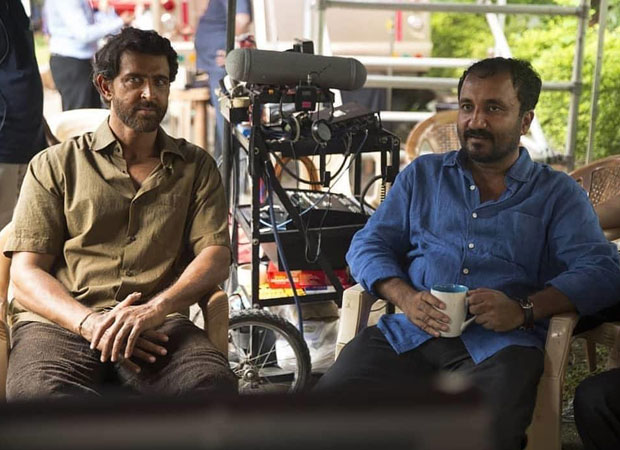 Super 30: Ahead of the release of Hrithik Roshan starrer, Anand Kumar reveals he has brain tumour

In a recent interview to ANI, Anand Kumar has made a shocking revelation that he has been diagnosed and is suffering from acoustic neuroma, a brain tumour. Why there was a hurry to give a nod to a biopic at such an early age, an emotional Anand Kumar shared how there is “no certainty of life and death”, as reported by ANI. Divulging more at the interview, Anand Kumar shares, “It would have been the best for me if the biopic was made while I was alive- where I could see its journey and watch it myself”.

As reported by ANI, Anand Kumar shares that it was some time back when he encountered an issue with hearing. Upon more medical examination and diagnosis, he got to know that 80 to 90 percent of his ability to hear from his right ear was disabled. With no improvement after undergoing ENT treatment, he got tired of the consistent struggle to get the right diagnosis. Later, in 2014 when he visited New Delhi’s Ram Manohar Lohia Hospital, the doctors told him that there was no issue with his ear but the nerve that connects it to the brain where the tumour resides.

With acoustic neuroma in his system, the doctors told him that even if an operation is conducted, there are chances of massive complications. From the possibility of other senses like eyes also getting affected, the operation could not be performed but Anand is under constant observation where he goes for a periodic analysis to weigh the dancer every six months.

Anand Kumar also shares how his students of the batch of 2014, Super 30 students were the only ones who were aware but because of the fear of what follows, he did not want to share the news of condition with anyone. Anand shares that his daily movements stay as normal as ever but the constant pain and the struggles that come with it, are always there at their painful worst telling us at the interview to the news agency, ANI.  Despite undergoing the condition, the spirit of Anand Kumar stays unfazed and undeterred where he continues to teach students.

ALSO READ: “Hrithik Roshan is everything I’d want an actor to be while playing me”, says Anand Kumar after watching Super 30