Ritesh Batra's upcoming directorial Photograph starring Nawazuddin Siddiqui and Sanya Malhotra is all set to hit screens in India on March 8, 2019. The award-winning director's next film will have its World Premiere at the prestigious Sundance Film Festival 2019 taking place from January 23 to February 2. Not only that, the film will have its European Premiere at the Berlin Film Festival 2019 running from Feb 7 through 17. 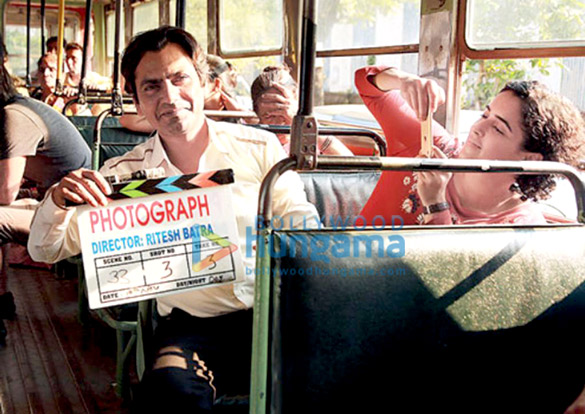 Nawazuddin Siddiqui shared a glimpse from the film to announce the Berlinale 2019 premiere date. He wrote, “Super Excited to inform you all that after being officially selected at the prestigious #SundanceFilmFestival2019. My film #photograph will also be screened at the #berlinale2019. Thank You @riteshbatra for doing this wonder & @sanyamalhotra_ for being a wonderful part of this.”

After the much acclaimed Lunchbox, Ritesh Batra is all set to present Photograph which is set in Dharavi, Mumbai. The film will mark Ritesh Batra's second collaboration with the talented Nawazuddin Siddiqui and first collaboration with Sanya Malhotra who is currently riding high on the success of her latest outing Badhaai Ho.