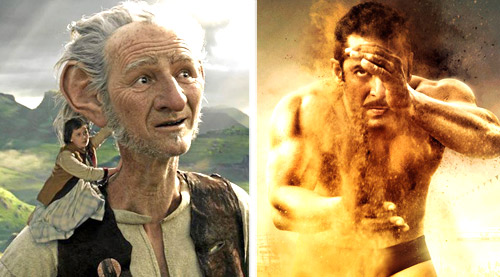 Bhai scares off not only Shah Rukh Khan but even Steven Spielberg. Yes, believe it or not, Steven Spielberg's new directorial venture The BFG, a big-screen adaptation of the Roald Dahl beloved children's novel, has run scared of Sallu Bhai.

The big Spielberg epic which opens all across the world on July 1 is being held over for two weeks in India.

While no official explanation is offered by the film's co-producers Reliance Entertainment, unofficial sources say it's because of Salman Khan. "No film wants to take a panga with Salman Khan. Shah Rukh Khan was determined to share the Eid release date with Salman. But Shah Rukh's Raees finally opted out of the Eid release. If Salman Khan is coming for Eid with Sultan on July 7 then even Steven Spielberg quietly moves away."