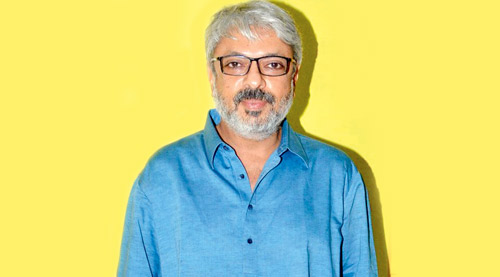 In April this year Sanjay Leela Bhansali (SLB) was awarded the Pandit Dinanath Mangeshkar Award, named after SLB's idol Lata Mangeshkar's late father. "It was the highest honour I could ever receive. Lataji could not be present when I was given the honour. But Ashaji (Asha Bhosle) presented the award to me. Then Lataji spoke to me for half an hour over the phone. Believe me, it was the most precious moment of my life as an artiste."

SLB has now decided to dedicate his next film to his idol. Says Sanjay, "I've said this repeatedly. I say it again. I've learnt filmmaking by listening to her voice. Her voice contains every human emotion delivered at a flawless pitch. But my real inspiration is the way she negotiates the highest notes without showing any signs of strain or effort. That is what makes Lata Mangeshkar what she is."

SLB says it is that peak of musical expression where the musical notes hit the highest pitch that he tries to achieve in his cinema. "The emotions in my film are held steady at the highest pitch. To preserve a balance at that pitch is possible only for Lataji. I try to achieve the same balance as I hit the highest notes. When I listen to her scaling impossible peaks with absolute ease in 'Main Tere Ishq Mein Marr Na Jaaon Kahin' (film Loafer, composed by Laxmikant-Pyarelal) I am filled with a yearning that challenges me to do the same in my filmmaking."