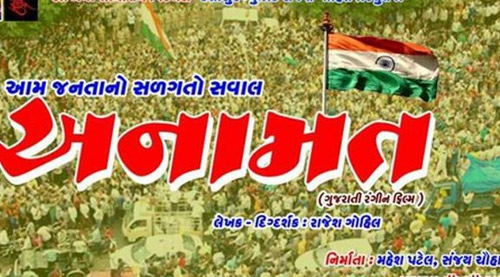 After being refused certification by the Examining Committee (EC), the small-budget Gujarati film Salagto Sawaal Anamat, allegedly based on Hardik Patel pro-reservation agitation across Gujarat, has been denied a censor certification by the Revising Committee (RC). The film now has a choice either of going to the Tribunal or, taking a leaf from Udta Punjab book of freedom it may approach the honorable courts.

However it is unlikely that in this case, considering the political sensitivity of the issue, the filmmakers would be able to exercise their legal options to get their film released. "For all practical purposes the Gujarati film based on Hardik Patel's reservation agitation stands banned," says a source in the know.

For similar reasons Dr Chandraprakash Diwedi's Mohallah Assi, a hard hitting foul-mouthed indictment of commercialization in the Holy city of Varanasi, also stands banned. Says an informed source, "The film was refused certification by the Examining Committee. The Revising Committee (RC) which viewed the film this week has also refused to certify the film."

Incidentally Varanasi, the Holy city under siege in Diwedi's film is the Prime Minister Narendra Modi's constituency. It will be interesting and significant to see which way these two politically-charged films go as far as censor certification is concerned.